When people around me first talked about "Glam Glow" - I went like "Ok. The name already sounds like a marketing project - Product must be expensive and... so-so". -_-

And although they raved about it, and kept going on-and-on-and-on about it, I was unconvinced.

A kind colleague of mine decided to pass me some samples (just 1-time use) to test it out. And dang!

I was sold. *sigh*
I am on a budget. Seriously! 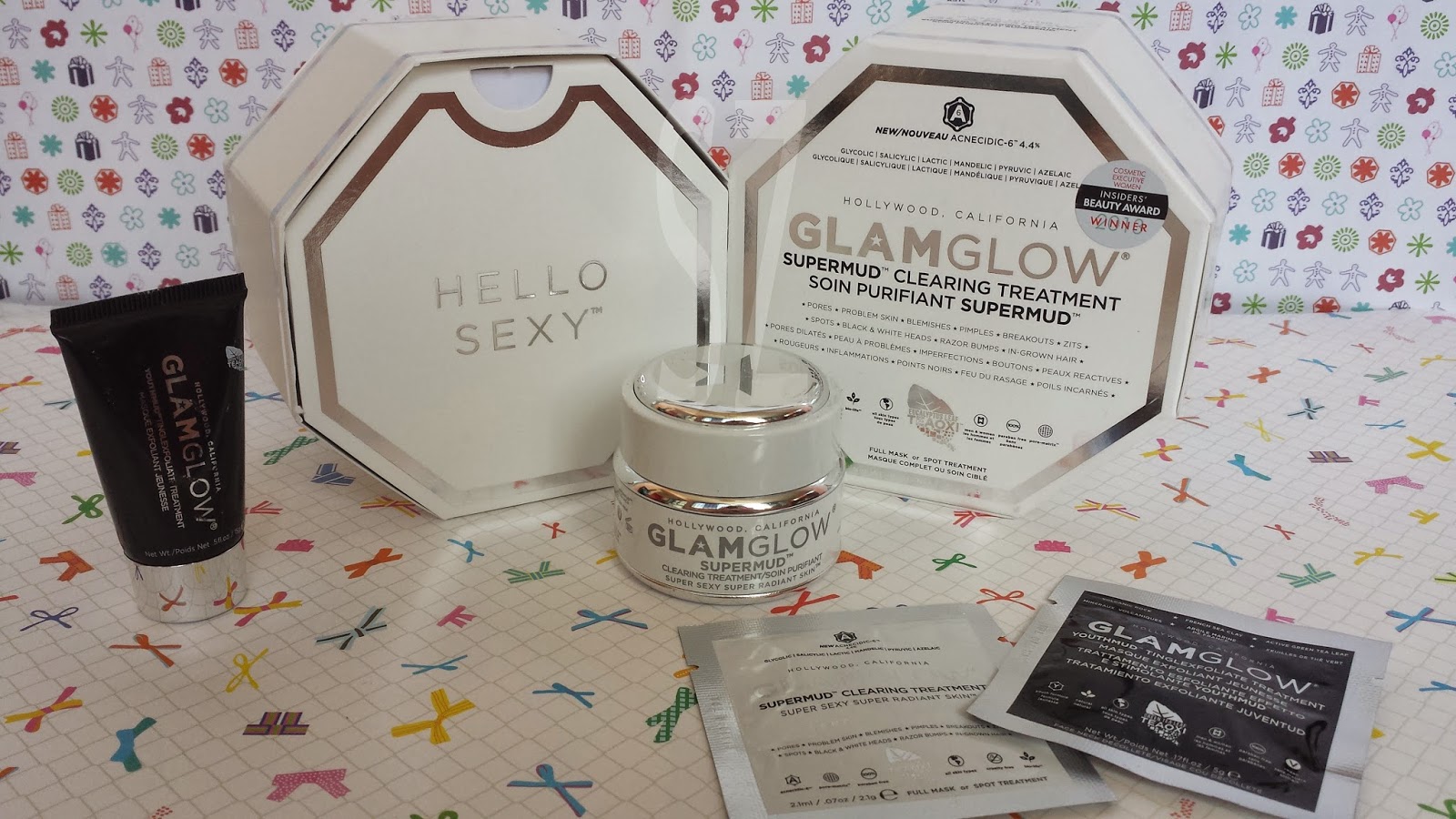 2. Youthmud (black tub): In summary, this will give you an instant camera-ready, glowing skin - so it exfoliates dead skin cells to reveal radiant & younger-looking skin.

Well, my summaries are truly short & precise, but I have taken pictures of the products to give you a full-monty of the product, the ingredients, benefits ETC. (if you want to read!)

This is what happens when a dermatologist & chemist creates a product = theories, words, lab tests & recordings.

It's too precious to not indicate them in the product description, right? Or is it all about marketing? -_- 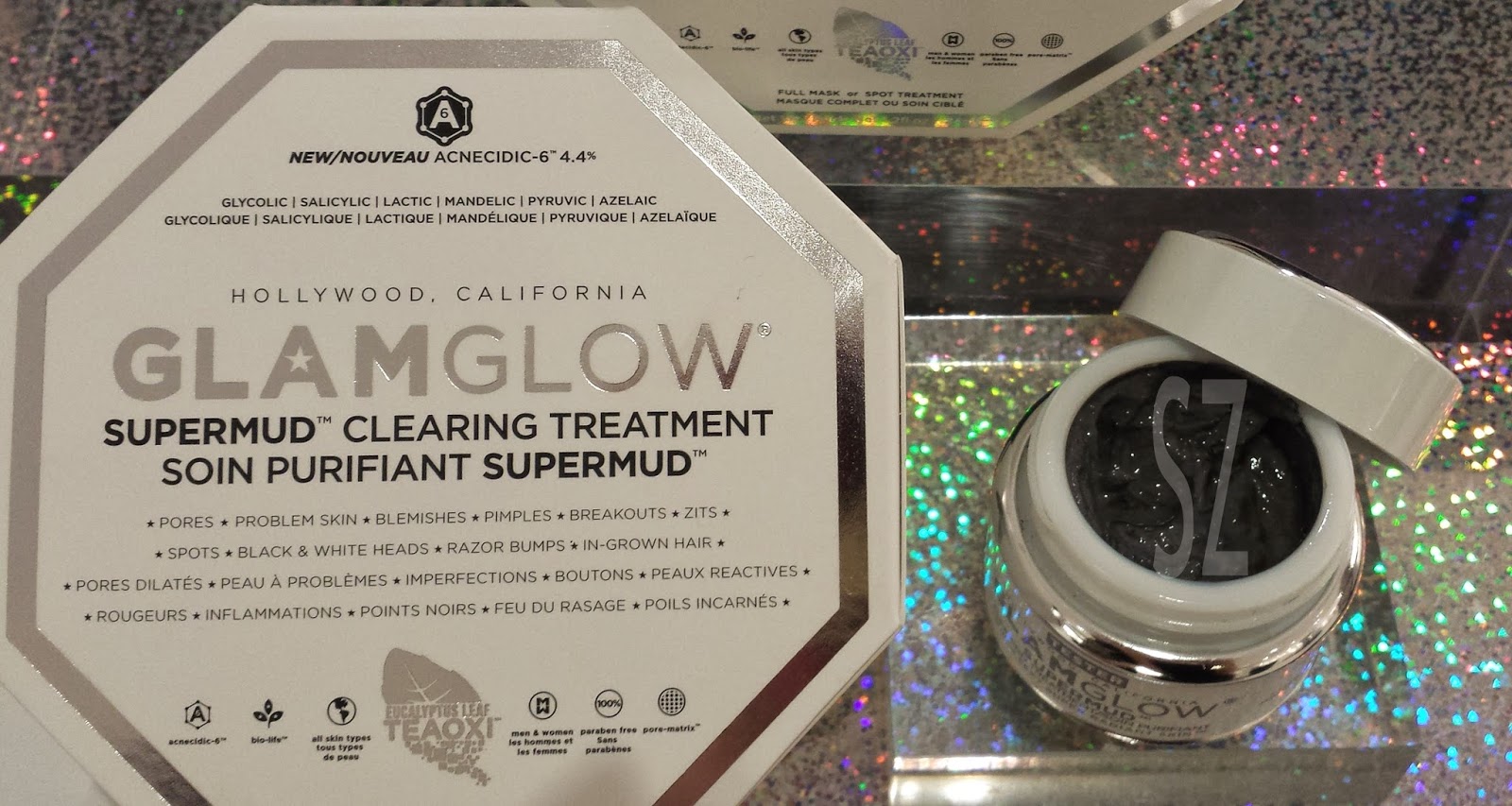 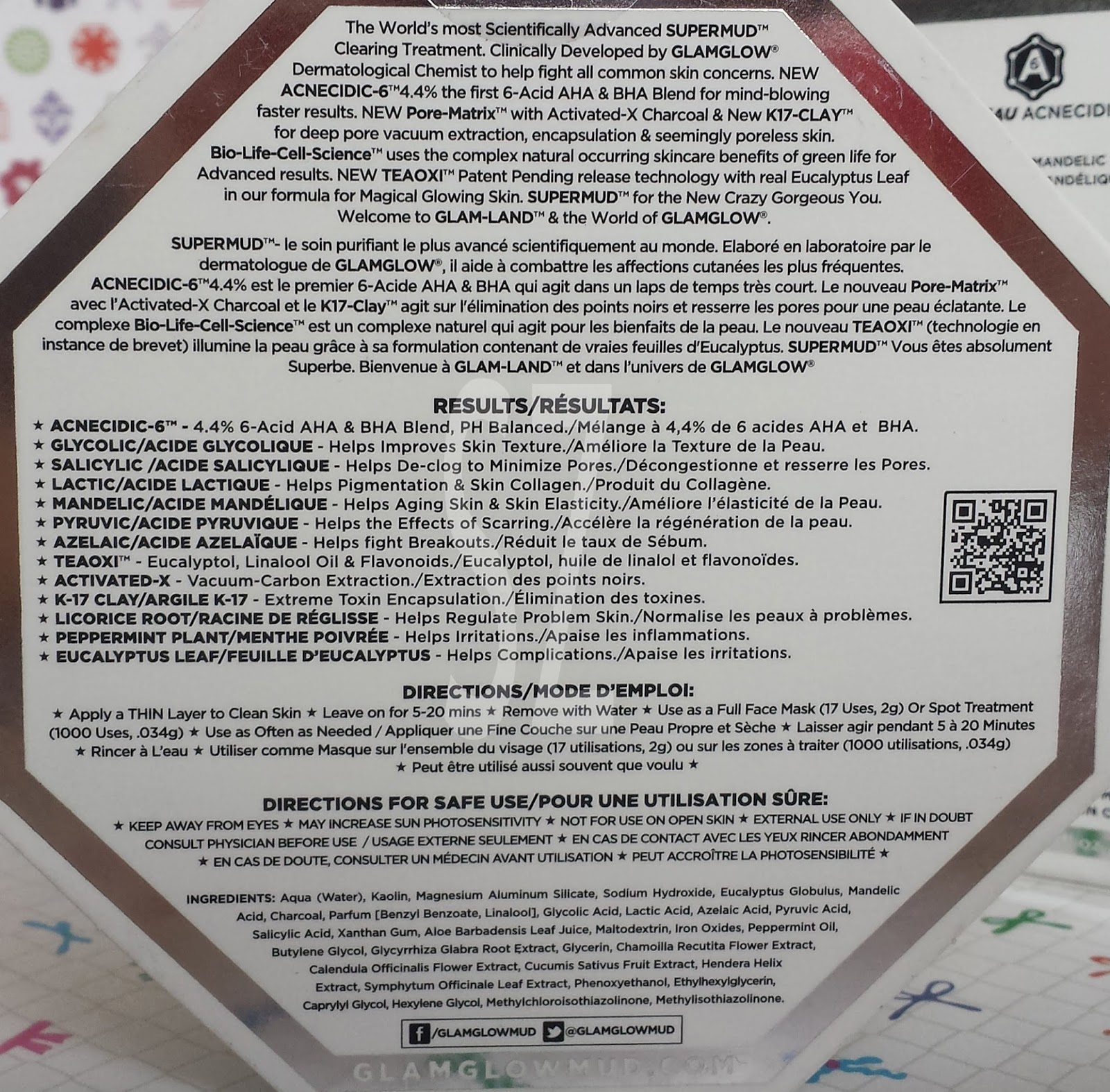 It is alot of read isn't it?

But, there is more! 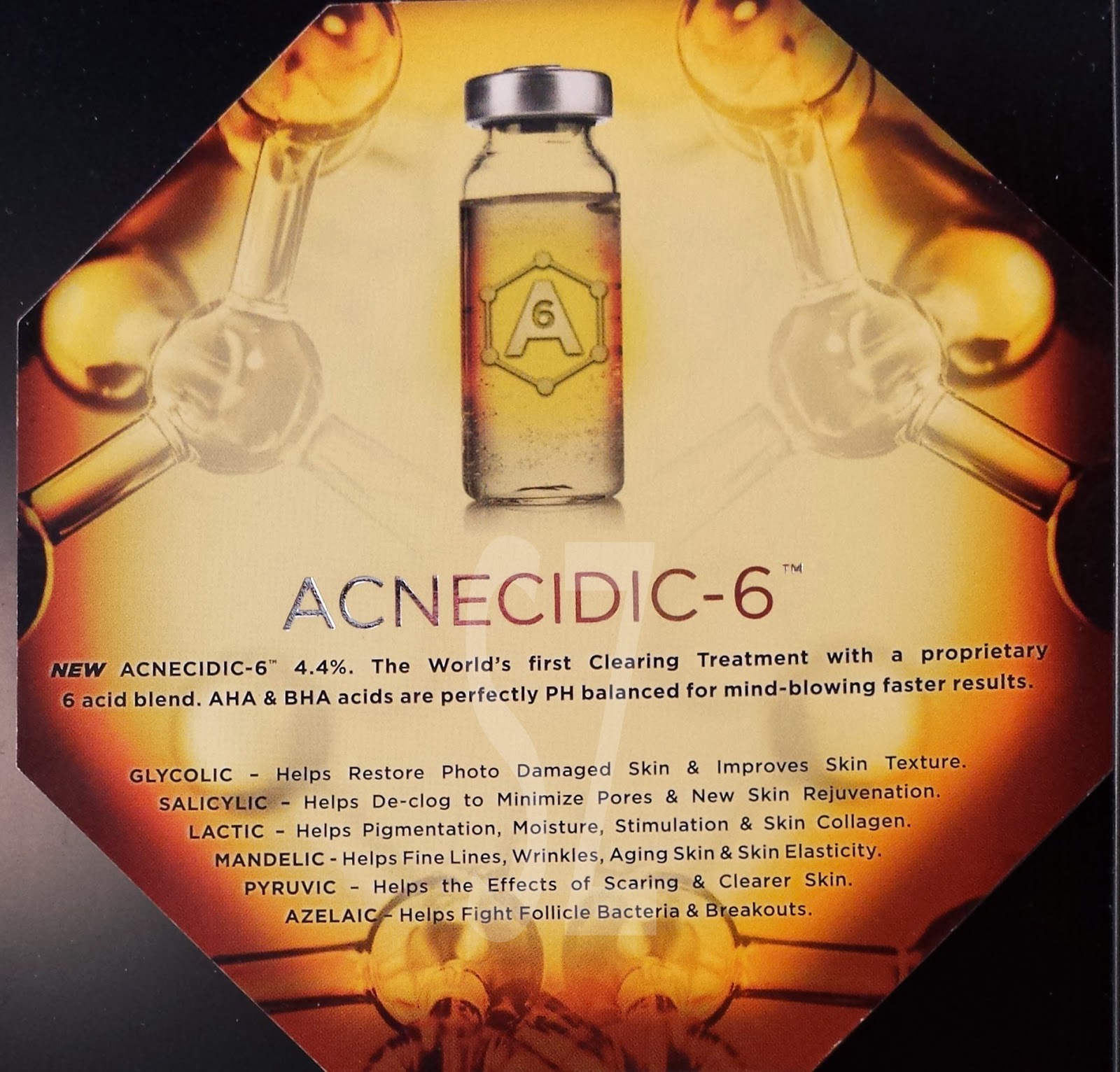 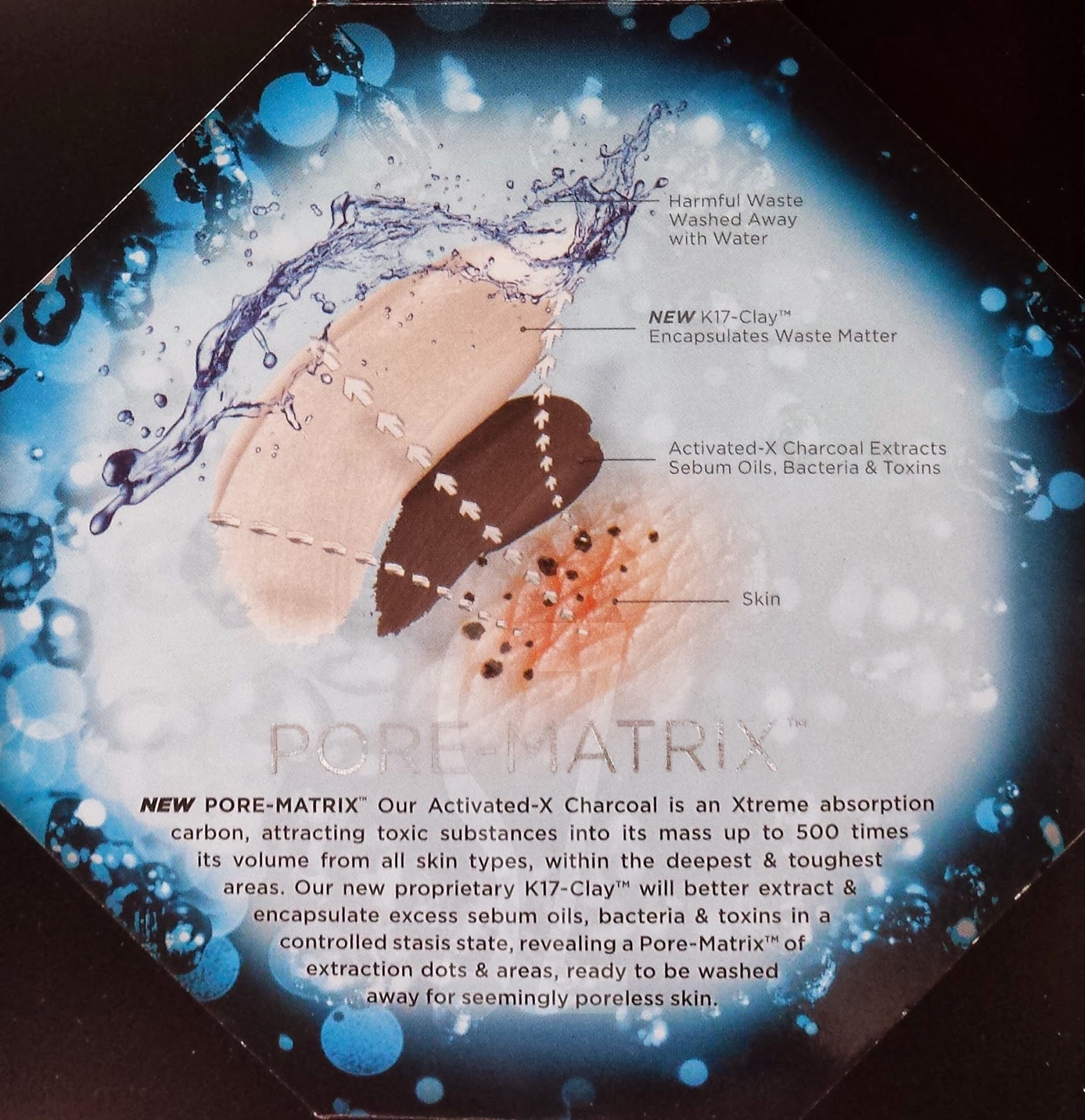 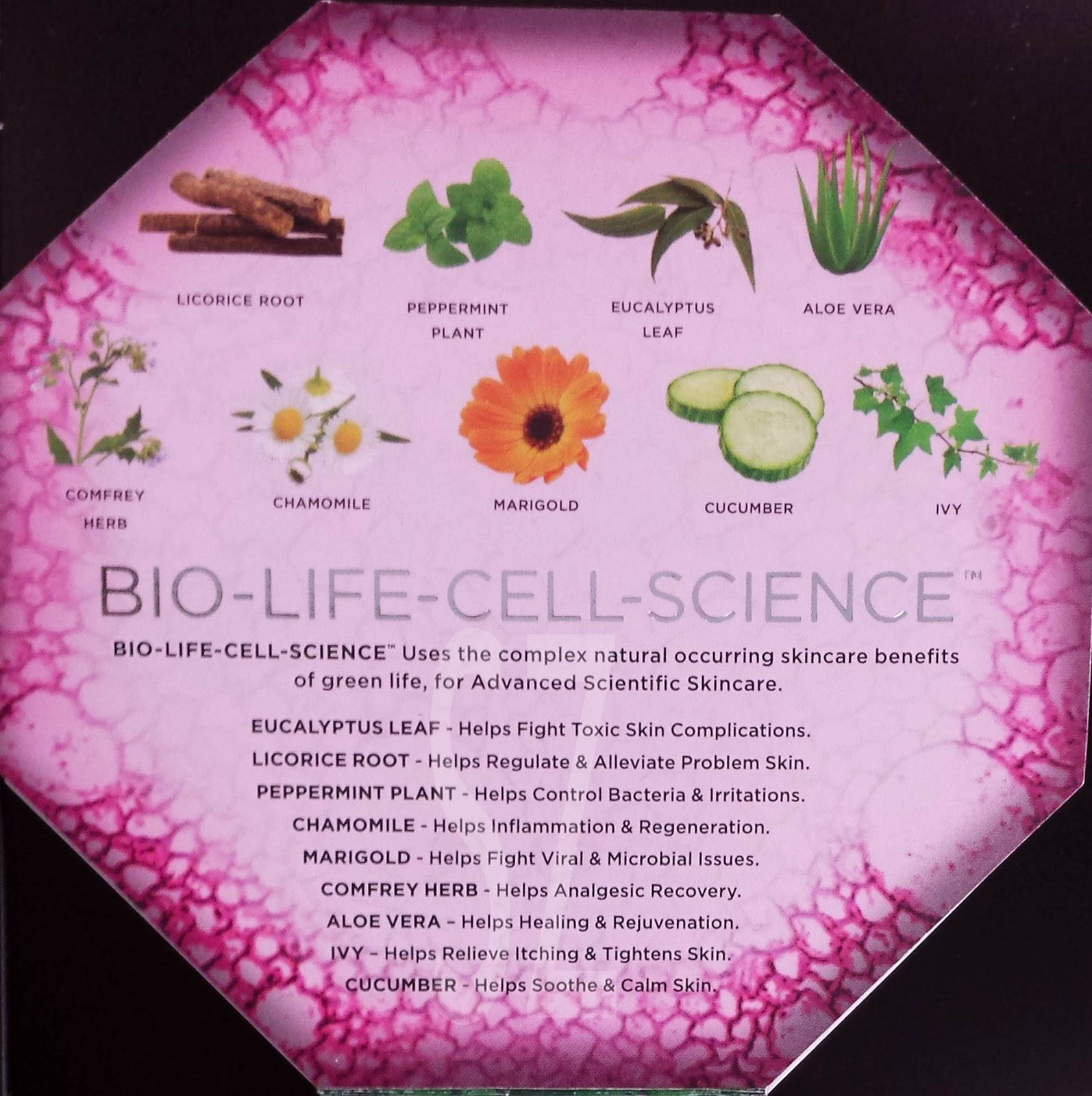 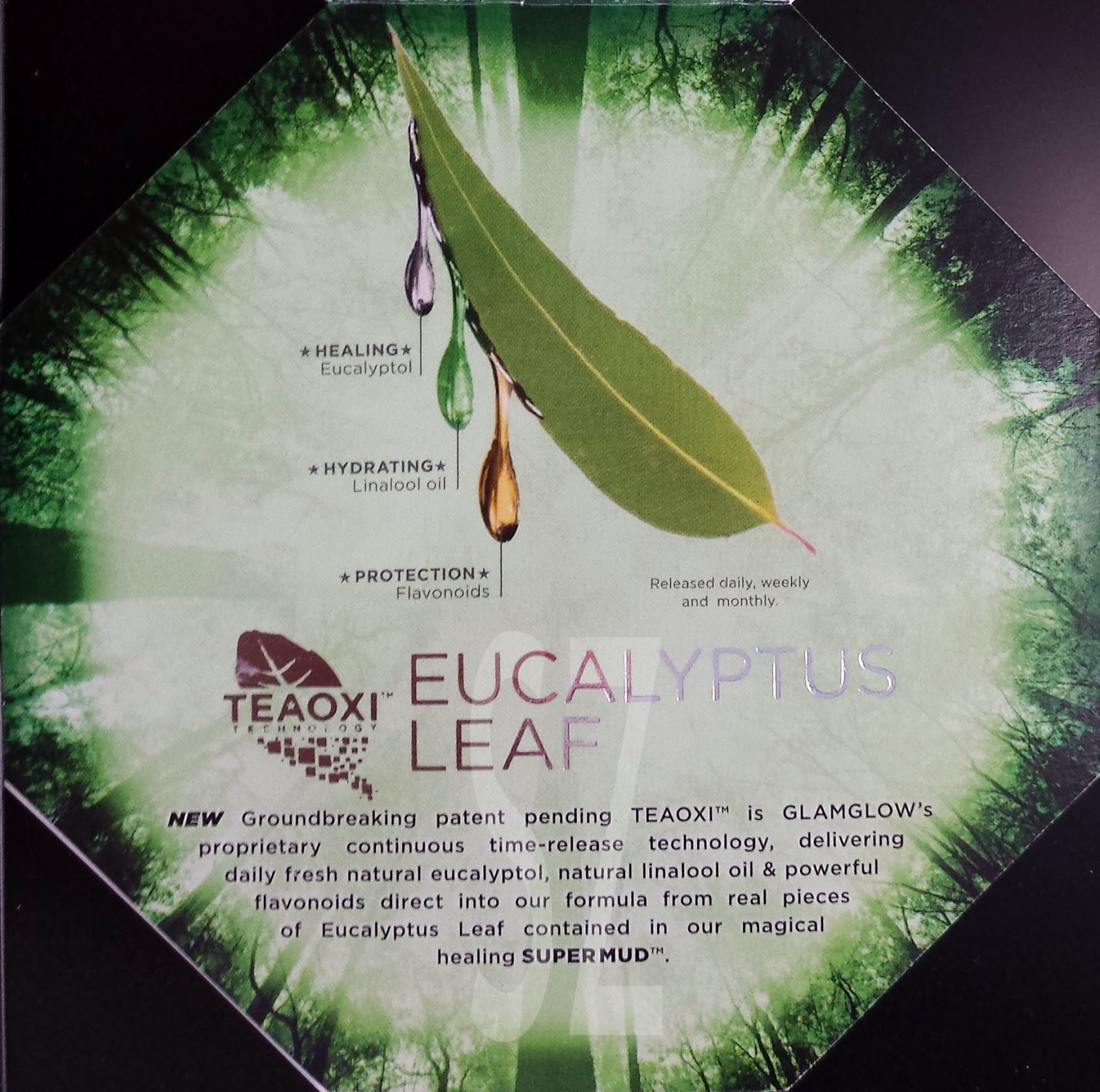 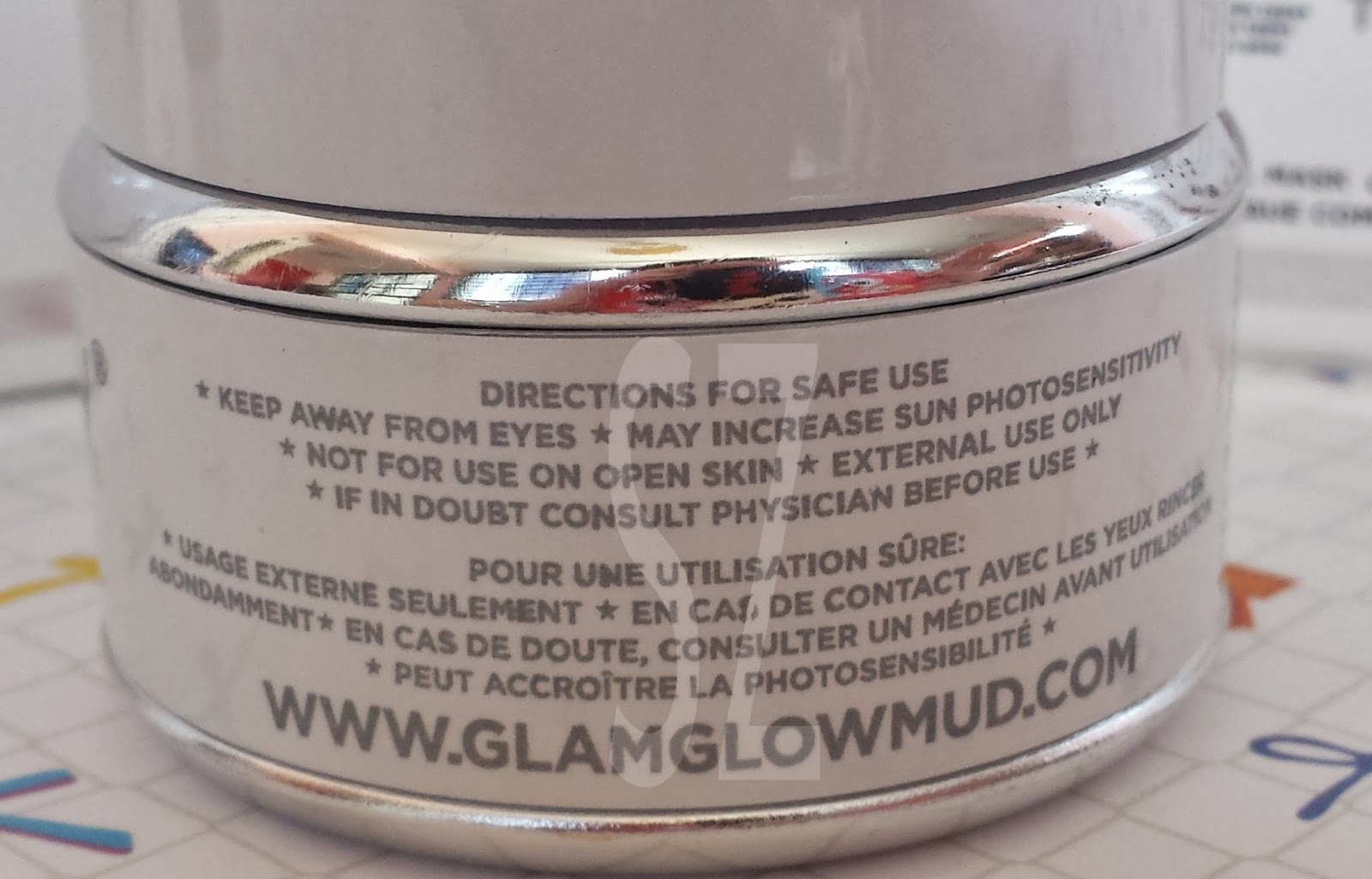 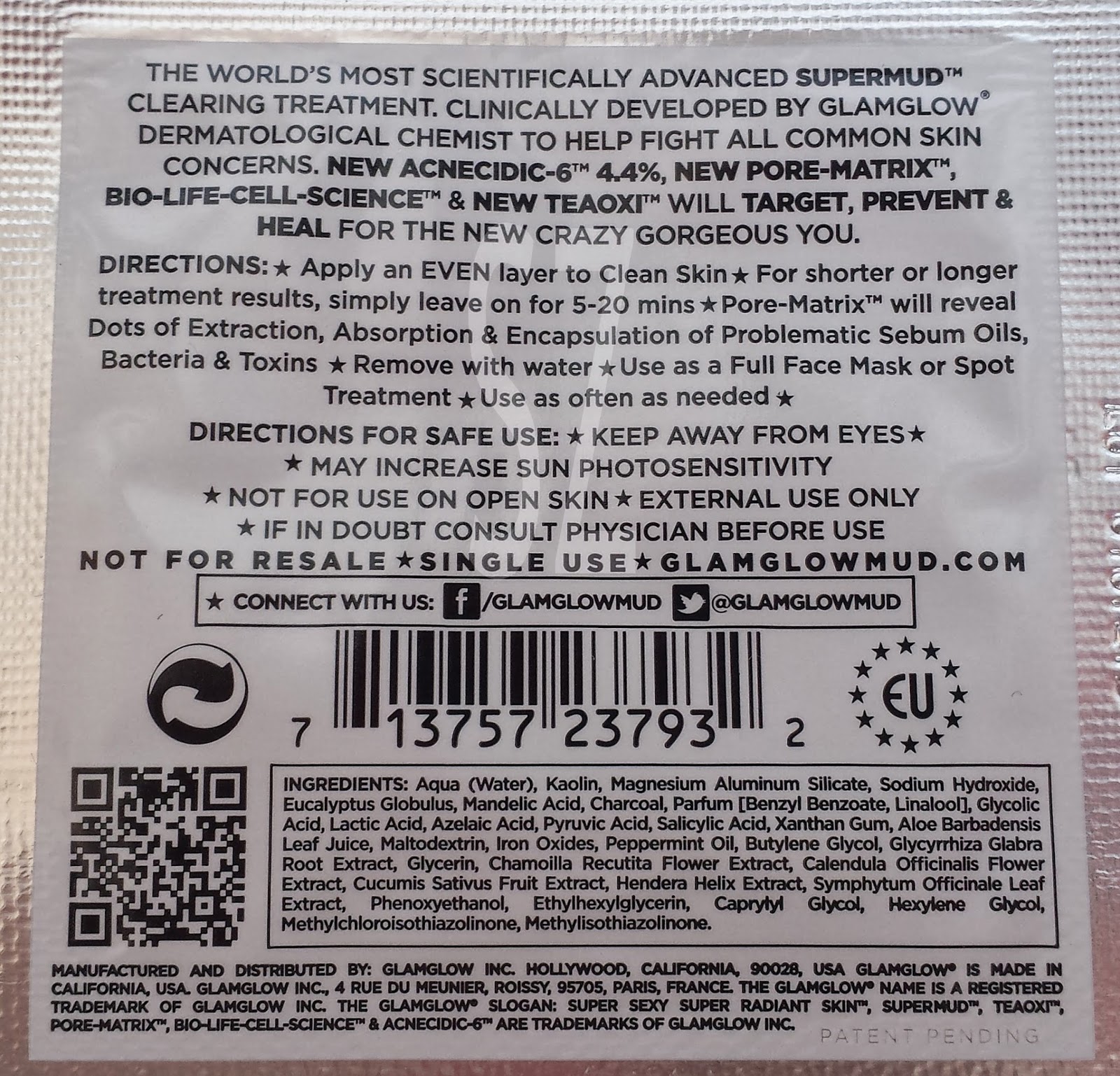 On cleansed face, take enough of the mud and apply it to the entire face.

Although I read that you could do a spot-treatment on one-targeted treatment with this, I still went ahead for a full face treatment since I had combination skin with pores, black & white heads what-nots to deal with. 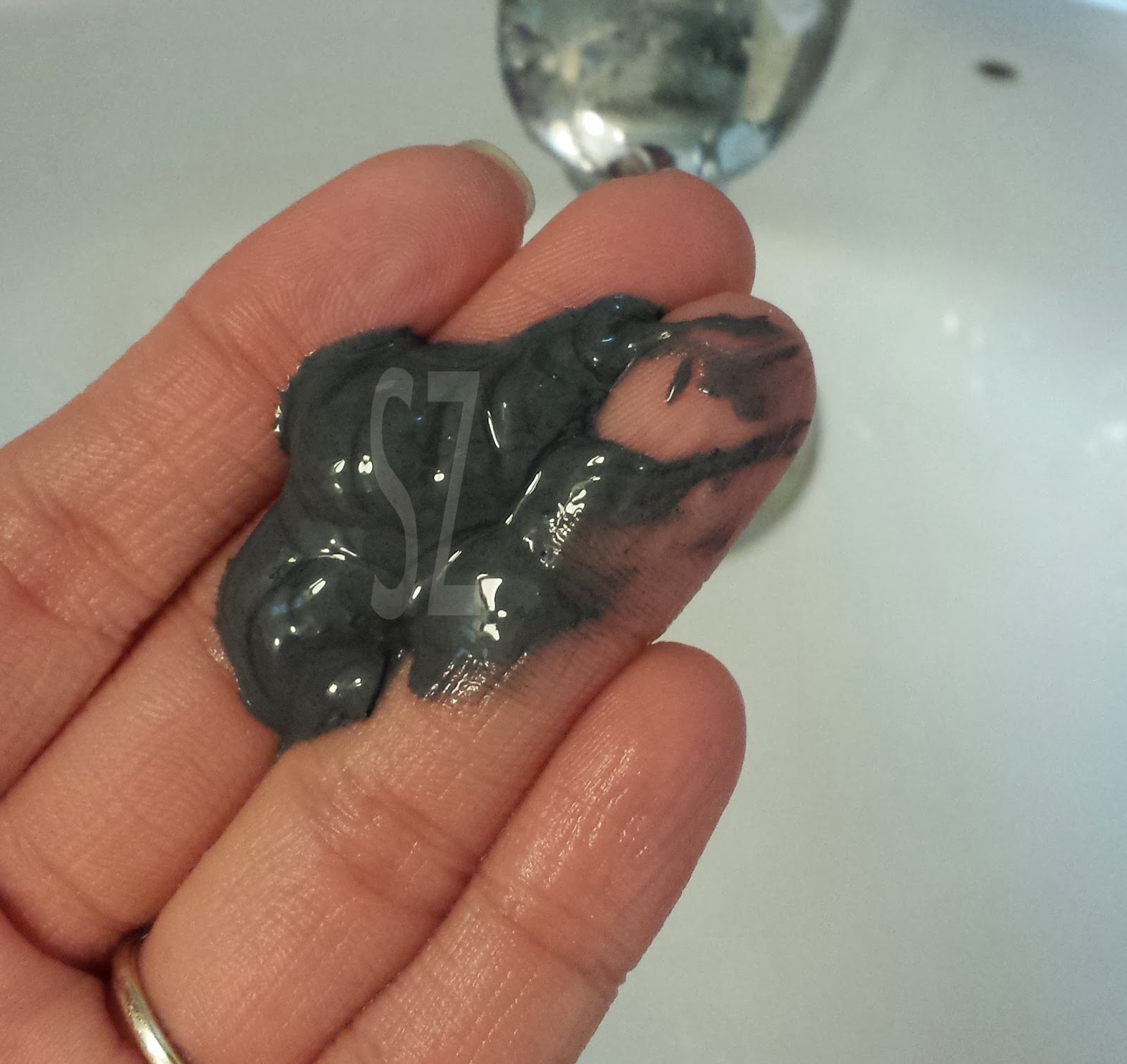 The texture was easily spreadable and there was this slight minty scent to it. (Must have been the Eucalyptus Leaf, Herbs and Peppermints there!)

The below images speaks for itself. 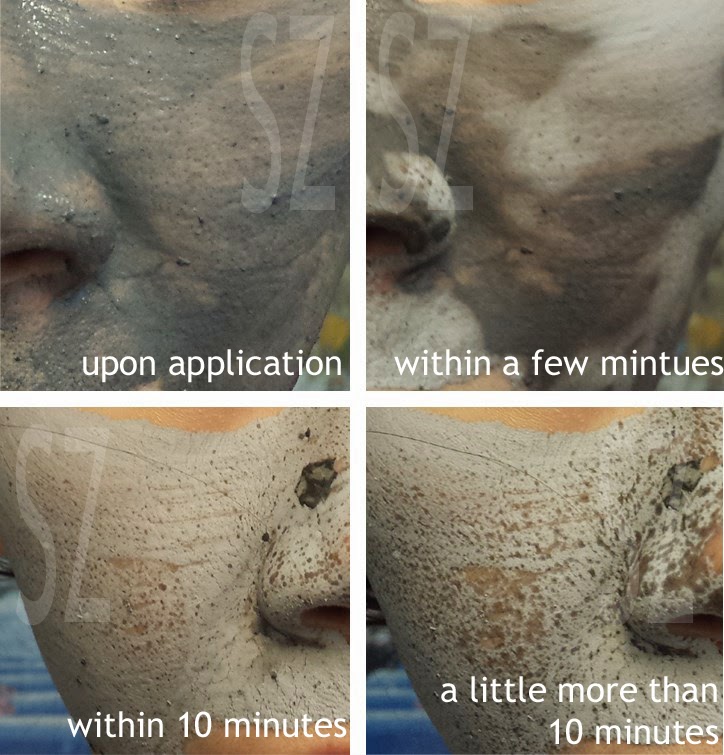 There was a slight tingly, stinging sensation upon application (must be the acid!), but it's definitely bearable & not overly painful, just very slightly.

It starts hardening in less than 5 mins, and you start seeing parts of your face looking like "volcano-man" with uneven grey tones all over.

Then the sensation becomes tight and the mask hardens showing random spots that looks as if the mud "dissolved" the black heads.

After 15 mins, wash it off. Contrary to how it looks, the mud was easily rinsed out by water and there was a nice soft touch to the skin. Unlike some other masks, which either leaves the skin feeling overly-cleansed with a tight sensation, or under-cleansed with a greasy sensation, this left a smooth, watery sensation over the entire face.

Unfortunately, I did not take an after-mask picture here, but the effect was "WO-WAH"! I could clearly see my skin glow!

At first, I was wondering how do/why would people comment about a glow after washing their skin? Isn't it a given?

Whenever the make-up and oil is all washed away at the end of the day, your skin is gonna look fresh and non-oily, isn't it?

BUT. This glow I am talking about is MORE THAN just that fresh, non-oily feeling. It was an overall radiance and balance that I have not seen in a while.

Best part was, when I woke up the next morning and still see that glow, without excess sebum spotted! #2 "WO-WAH!"

The make-up application was smooth and adhered so well! And the #3 "WO-WAH" was when I noticed how balanced my skin was (not shiny, not overly matt). I didn't have to blot my face till well-after lunch (usually I need blotting every 2 hours).

And no exaggeration - remember? I am on a budget and I was suppose to be UNCONVINCED.

But, ironically, I was SO CONVINCED that I made a mental note to BUY IT. Mental note #2, take pictures! 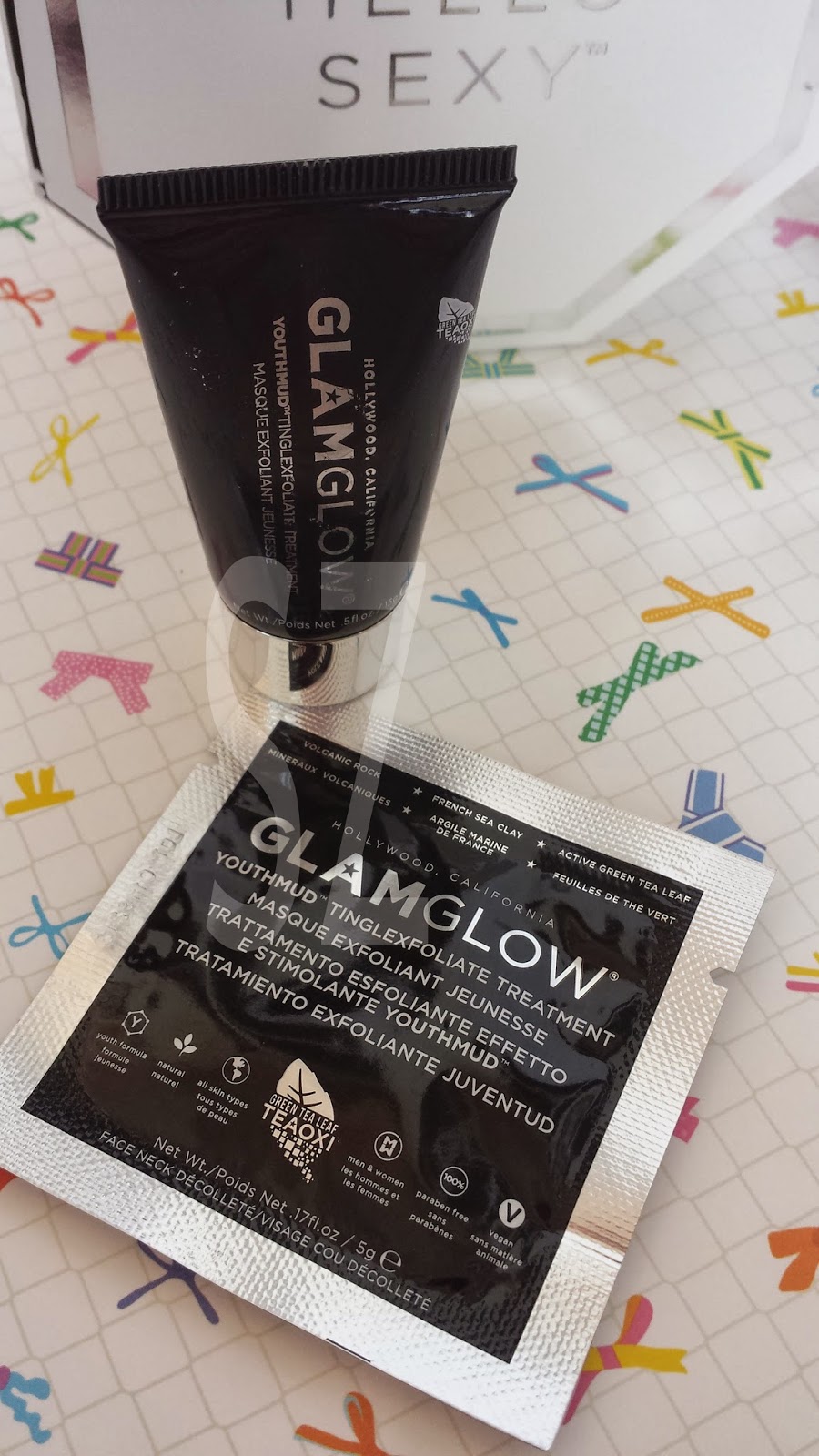 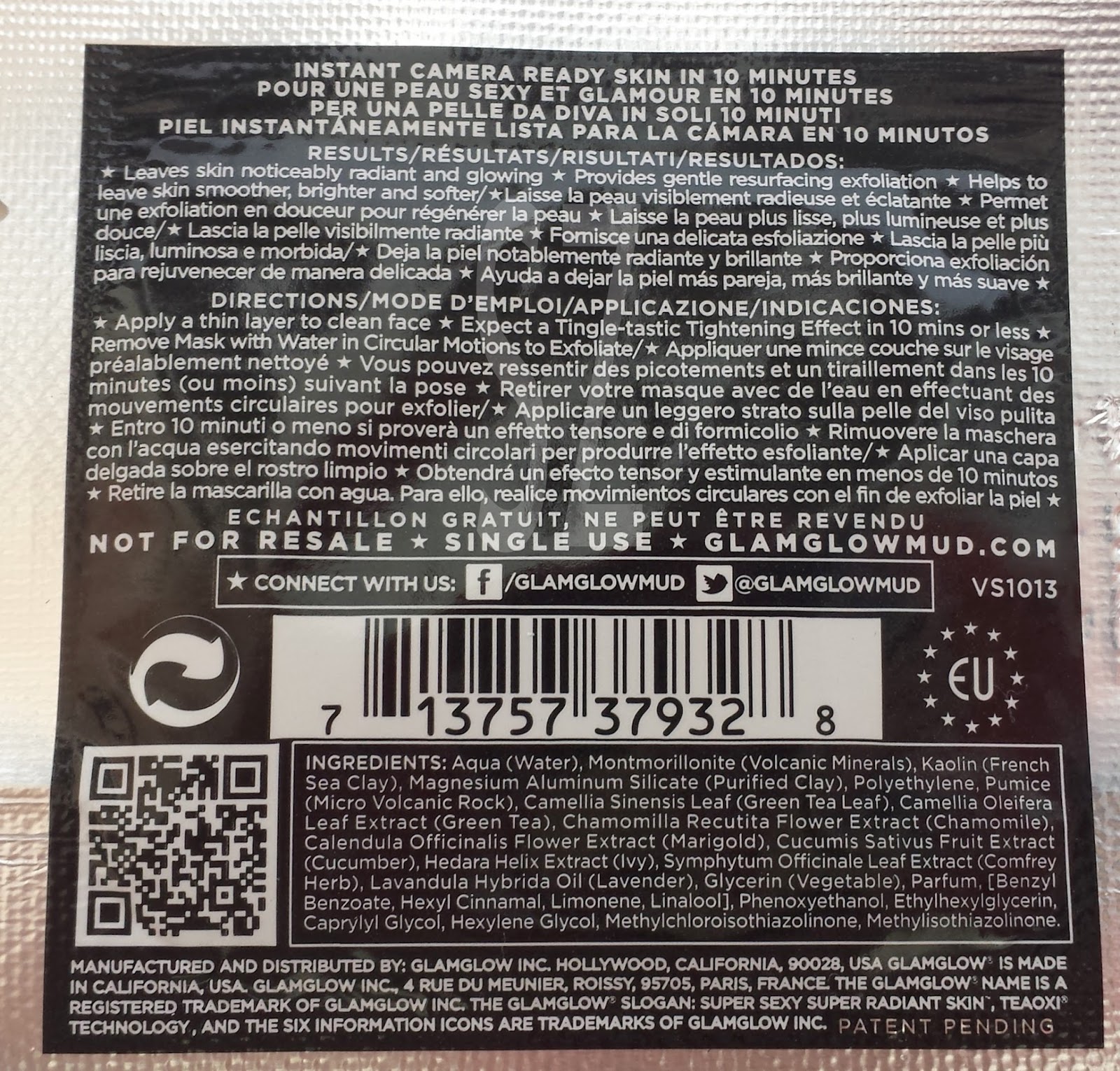 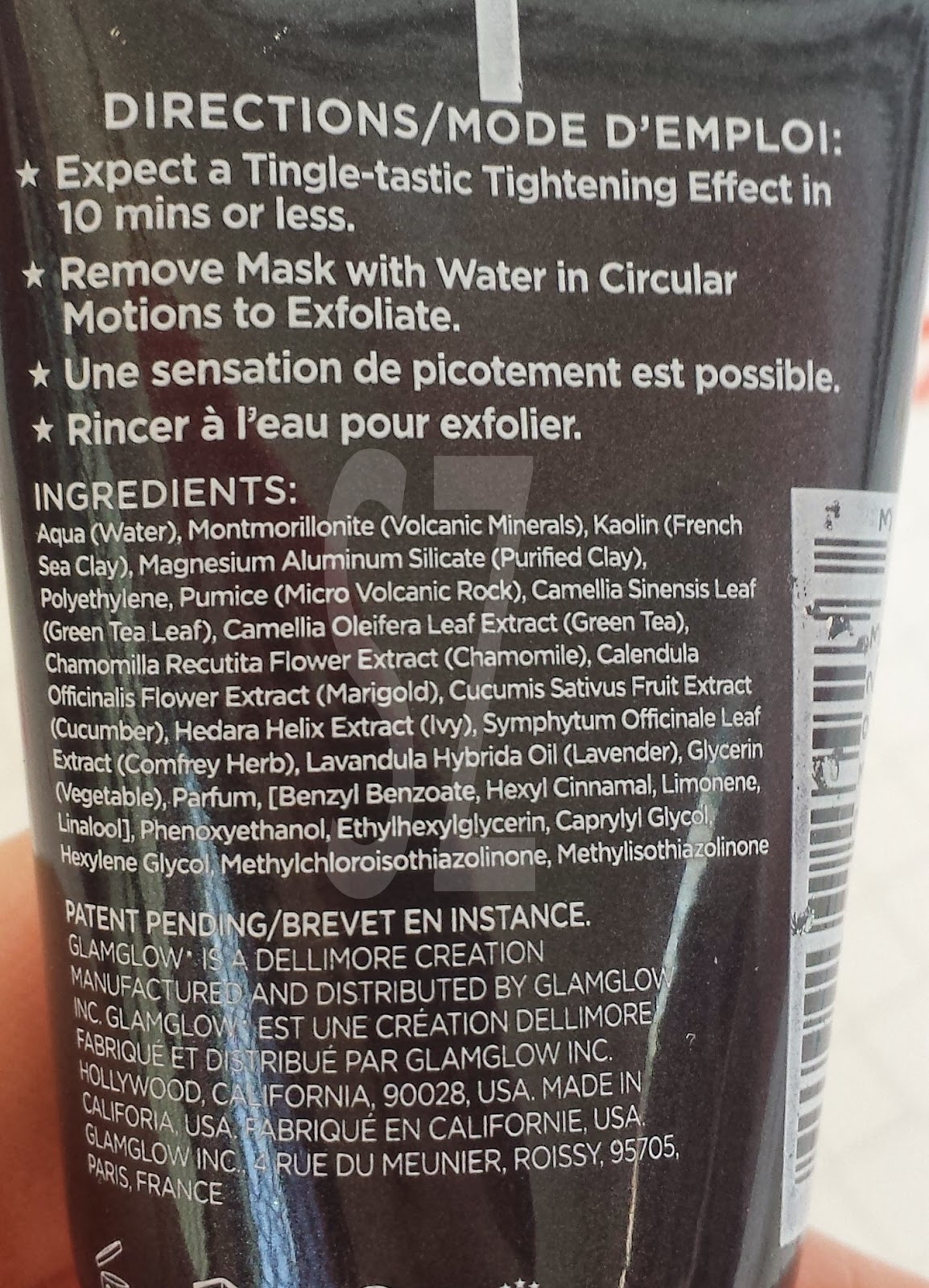 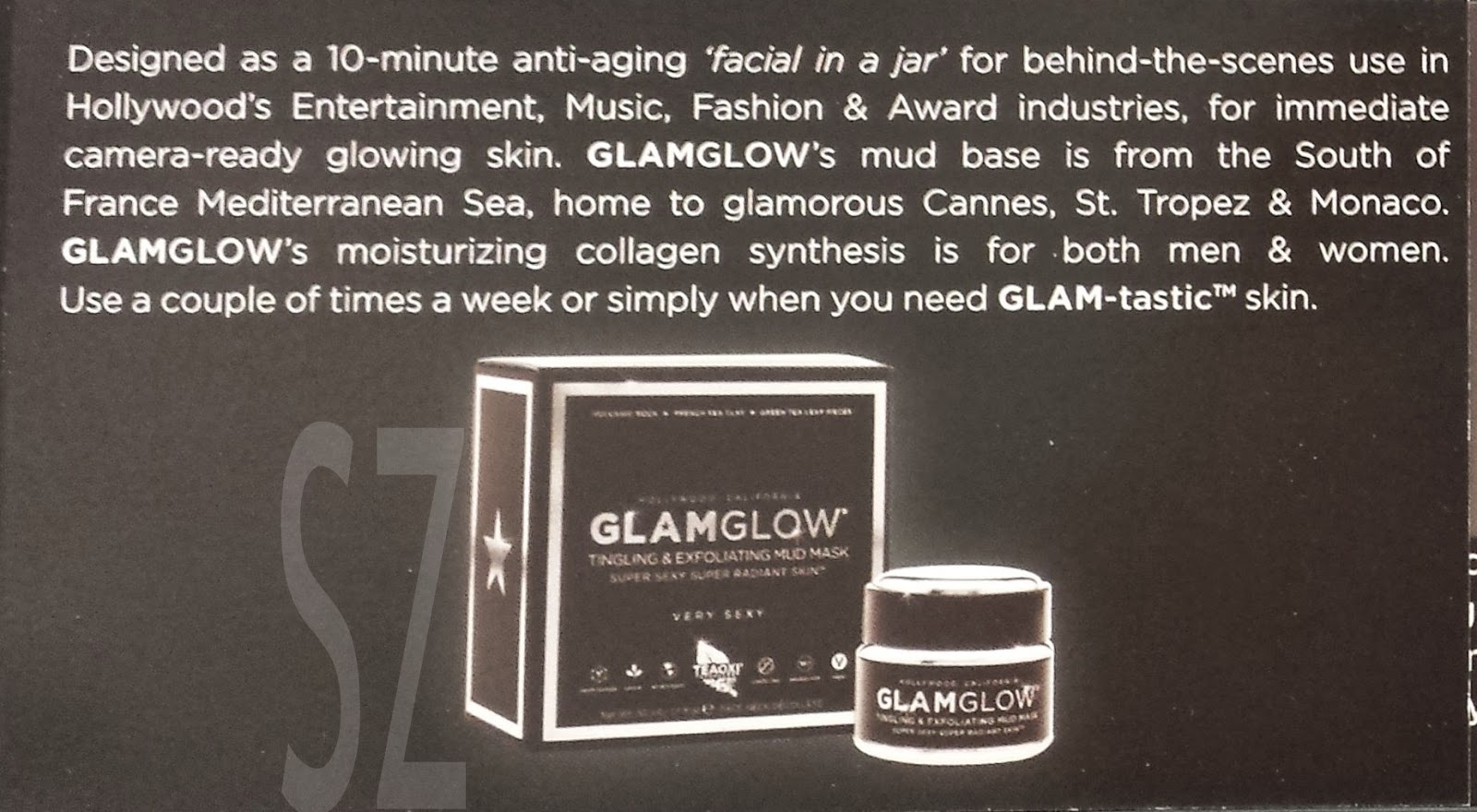 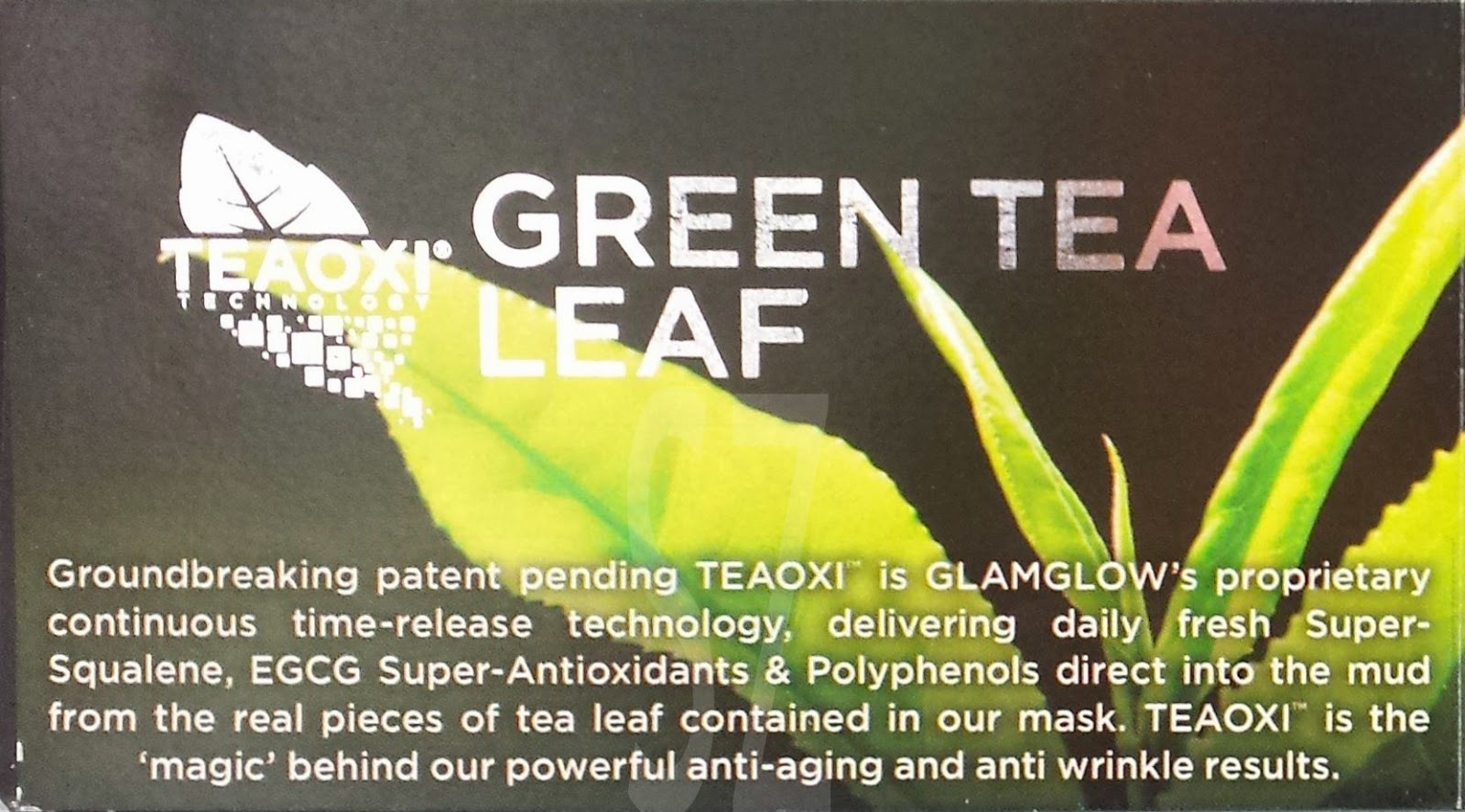 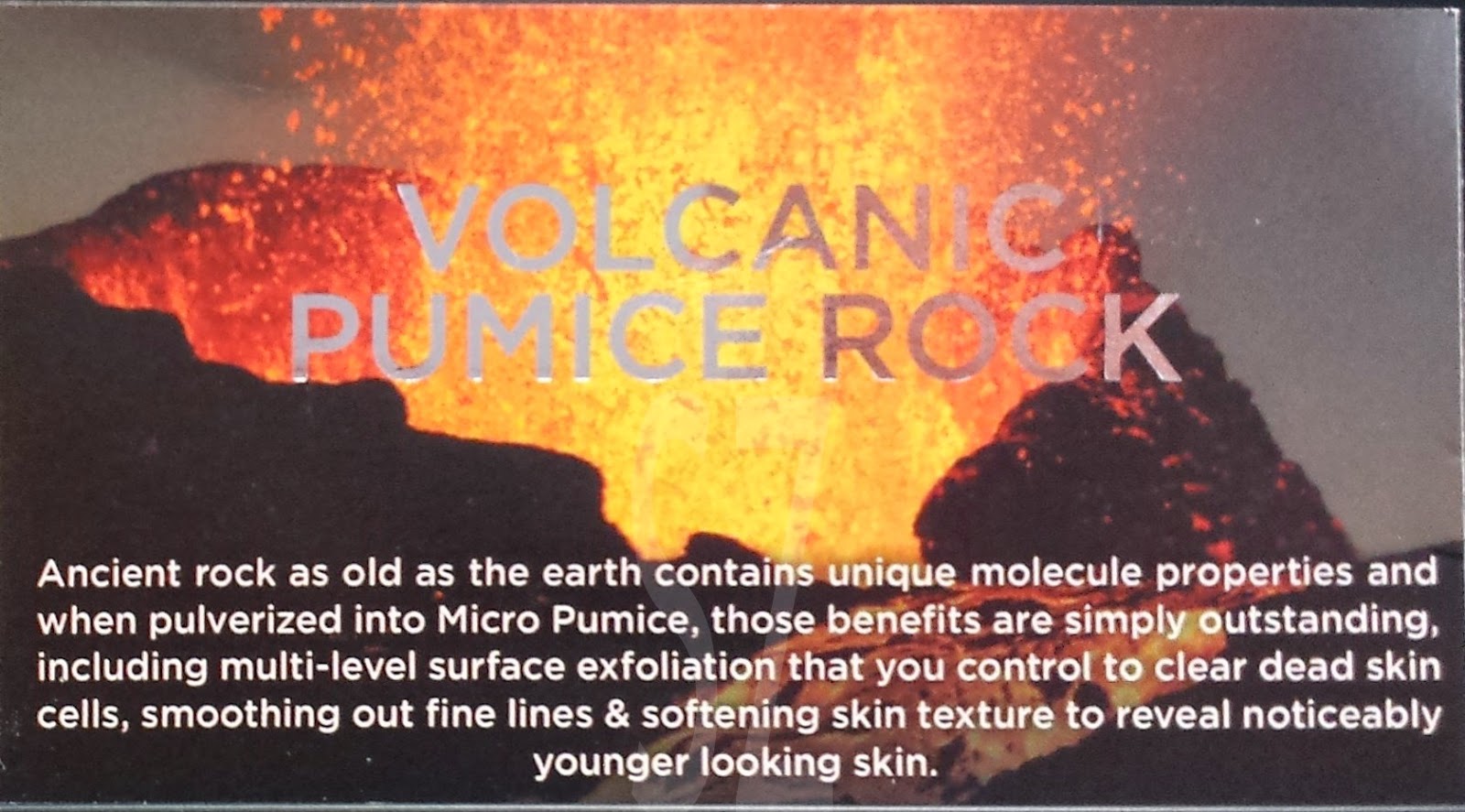 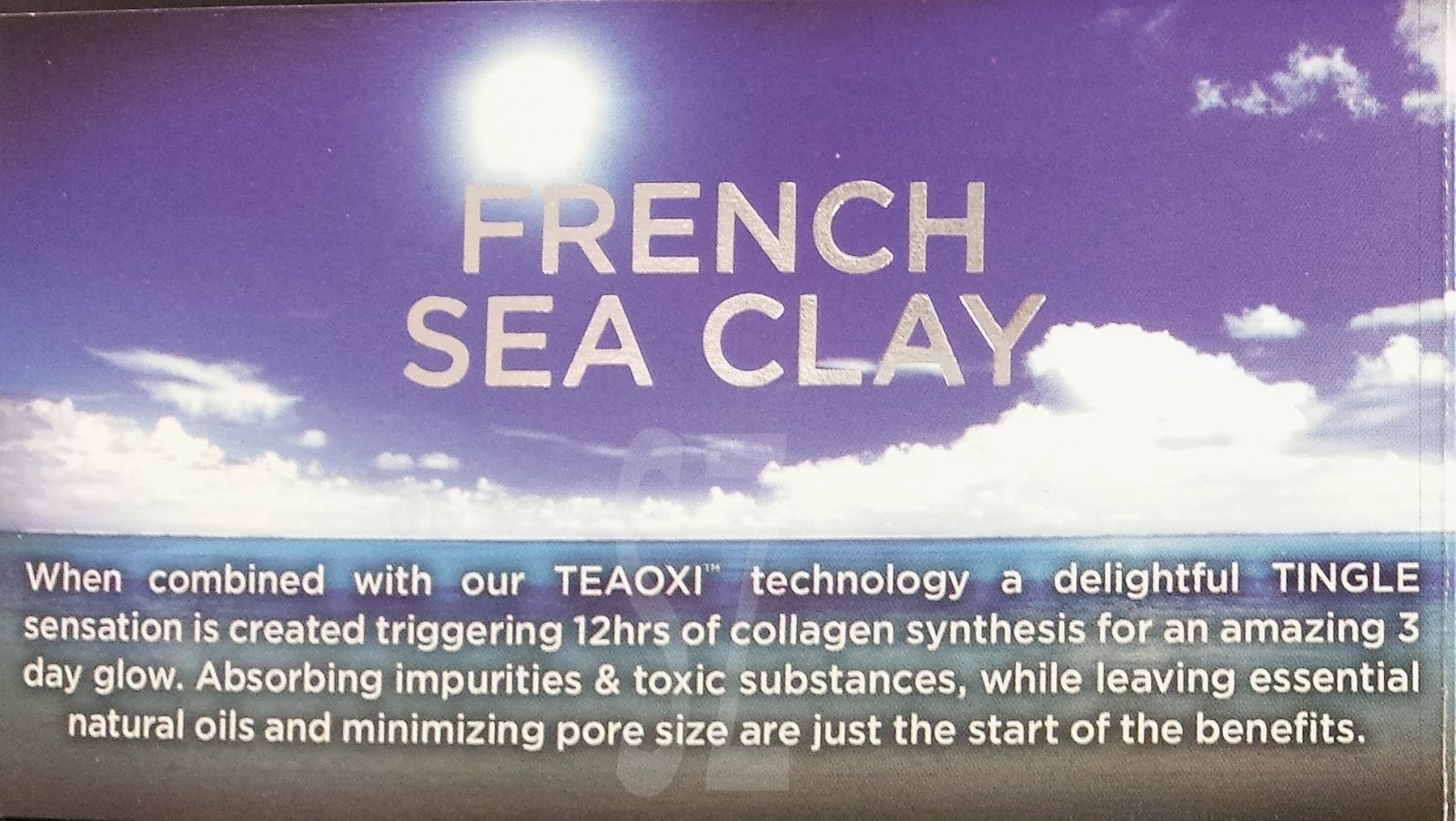 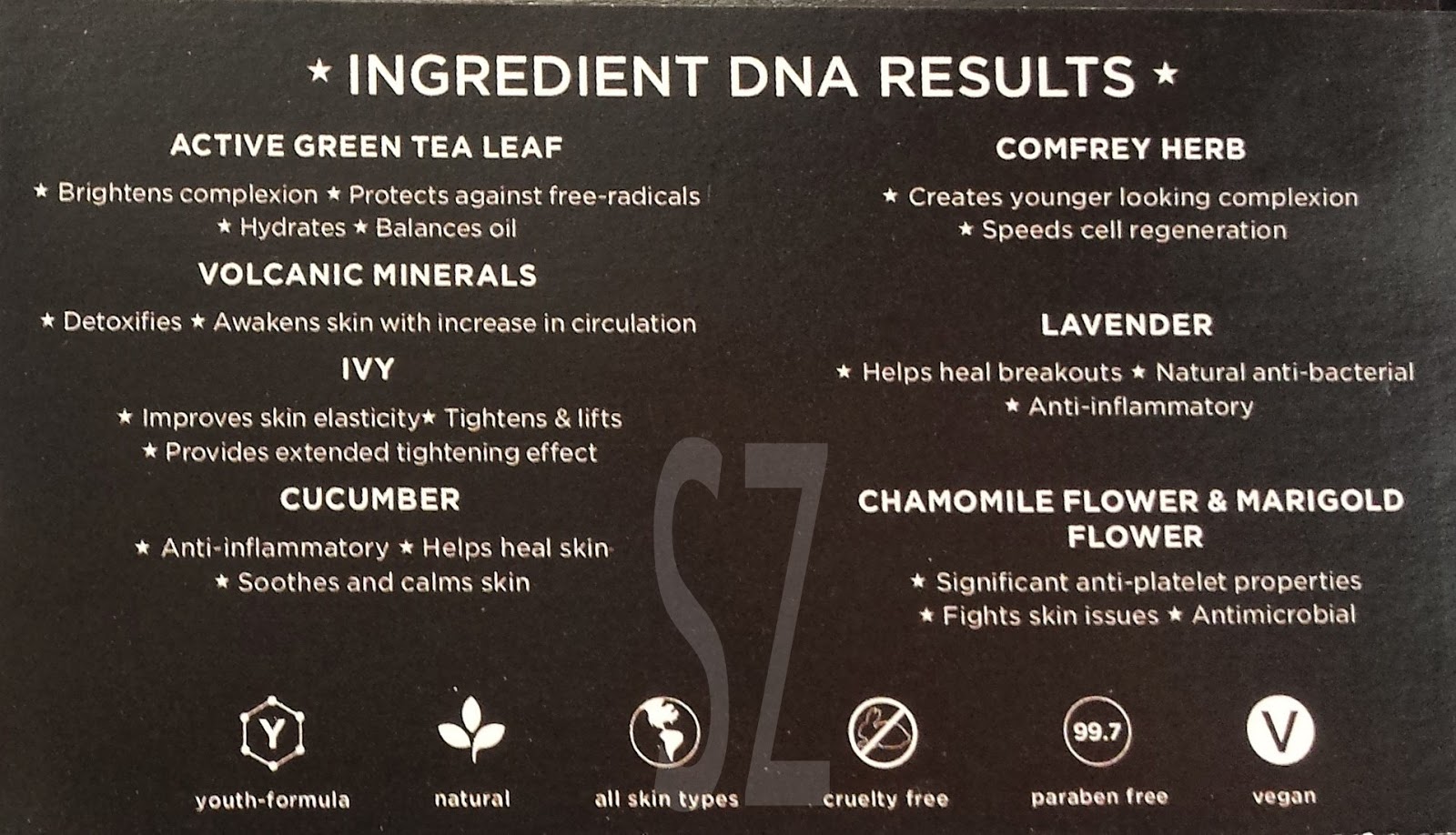 Similarly, on cleansed face, take enough of the mud and apply it to the entire face.

Youthmud is slightly less grey and has a more liquid & grainy consistency than Supermud. But it was also easily spreadable.

The scent was definitely stronger - minty too, but more intense (perhaps Lavender?) 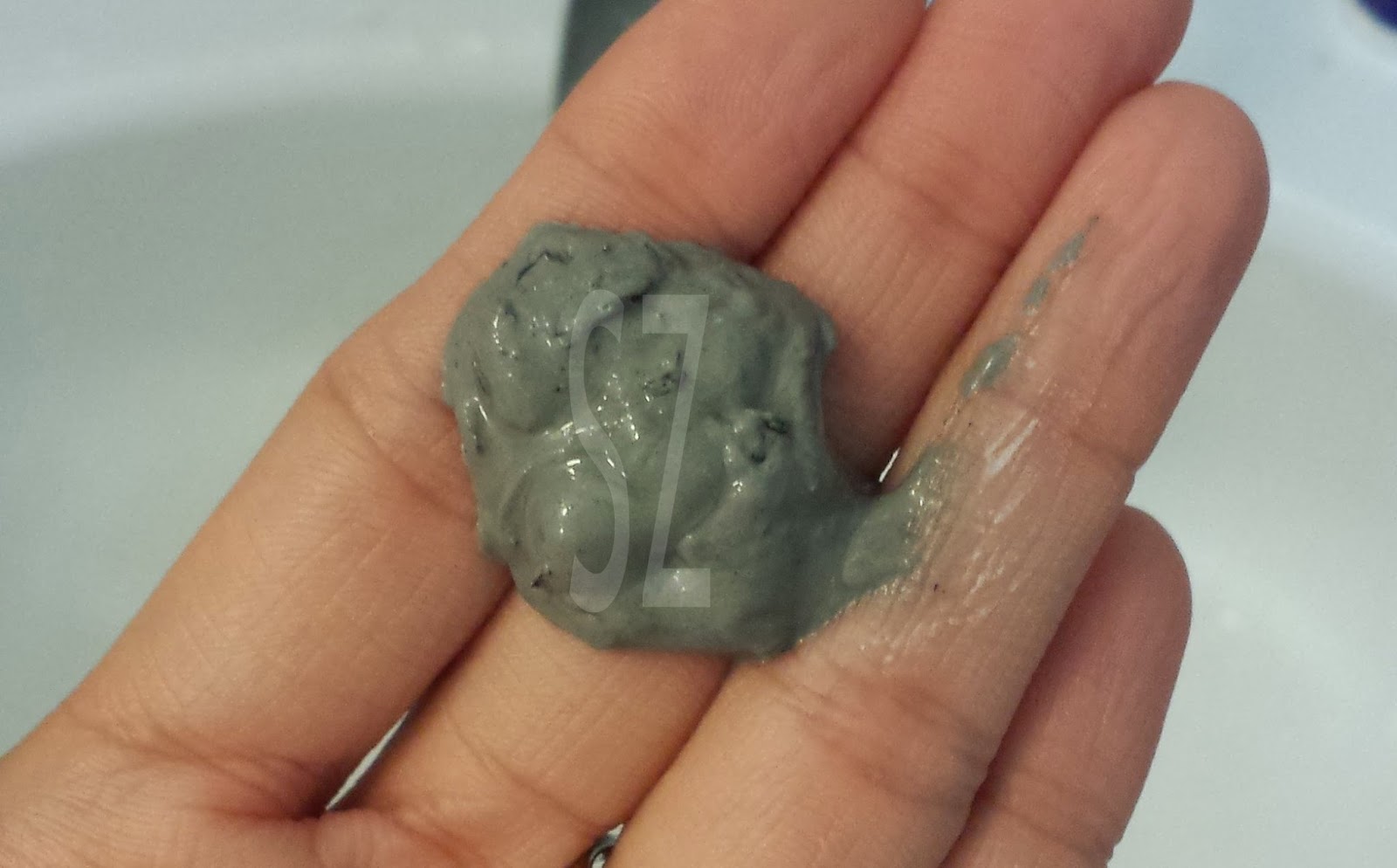 Look that that amulet smack in the middle of my forehead?! 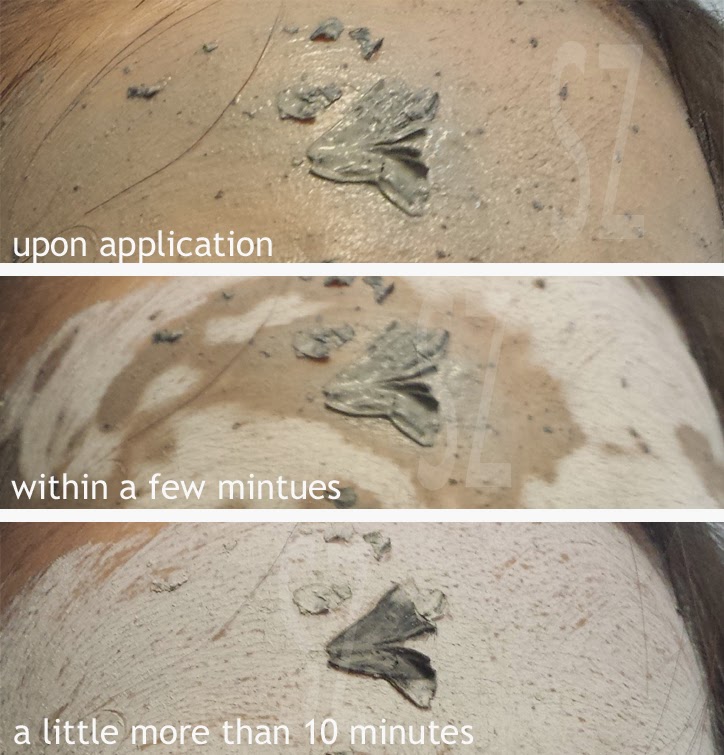 Upon application, there was a much stronger tingly, stinging sensation as compared to Supermud. And I thought acid was already the limit. It stings and kinda feels like tiny needles poking into your face - then slowly, the sensation turns into a minty-feeling (almost similar to when you pop a super "hot" mint into your mouth).

Again, it starts hardening in less than 5 mins, and in 10 mins, you are officially "ash-man".

As the mask hardens it tightens your skin.

This time, I rinsed the mask out but applying just a little water in circular motion. It slowly dissolves to form sort of a grainy exfoliating wash. Though grainy, it was gentle on the skin and easily rinsed out.

And there I have it.

This glow I was referring to! 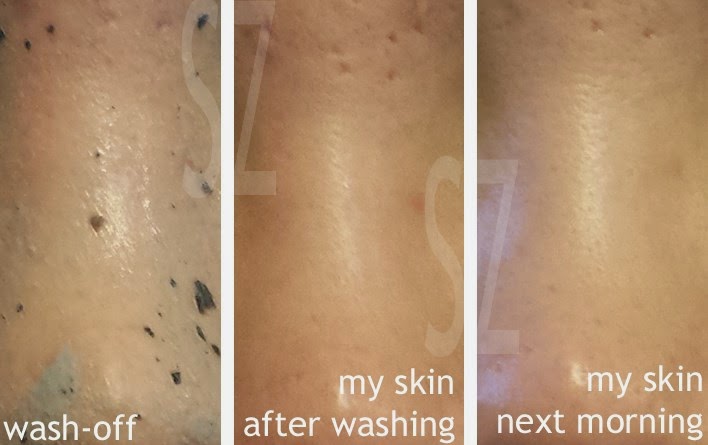 This effect was similar to that of the Supermud on me. And I liked that it lasted well through till the next morning!

I just applied a thin layer of sleeping mask after each of this "test" and went to bed.


The not so best part for Youthmud (for me) was that, although make-up application was smooth and adhered well, the skin balance didn't last.

By the 3rd hour, I spotted rays of sunshine perform it's shiny magic on my "highly-favored" T-zone and I needed to BLOT. dang.

With such a big mouthful of promise in its advertising message, I was pretty skeptical about this whole "Glam Glow" thing.

But, I am really glad to have tried it and learn how it DID work wonders for me - referring to the Supermud.

Though it WAS COSTLY ($92 SDG for 50ml, Supermud), I think it was well-worth the price (of course the plus point IS that it's proven clinically & scientifically.)

I heard Supermud was a miracle spot-treatment for zits, you just need to dot it on zits and leave it overnight and the zit diminishes by the next day. But I have yet to try it.

Next time, I will just apply it on targeted areas like the T-zone & U-zone instead as these ARE the key-shine areas).

Also, I heard colleagues of mine swearing by Youthmud instead (but they have more normal to dry skin).