I have wanted to post this some time back. But I was pre-occupied.

This post will be about the fashion style and make-up looks in Korean Drama Series released in 2012 - I Miss You 보고싶다, starring Yoon Eun Hye, Micky Yoochun & Yoo Seung Ho. (Posting this only is 2014 is a slow-poke thing to do, but still, it's better late than never!)

Although I did find the drama a little slow (would it be too mean to say it was draggy?), I have no regrets following through all the episodes.

For one, both the lead actor and the 2nd lead were charismatic. It's not like one of those dramas where the main was far better looking than the 2nd lead and there was a "no-fight" comparison on who the female lead would end up with. A good 50% of the time, I was secretly hoping that Zoe (aka Su Yeon) would end up with Harry Borrison (aka Jun) instead of Jung Woo (the die-hard loyal lover).

Secondly - this drama features one of my all-time favourite Korean actresses - Yoon Eun Hye. There is just something about the dramas she's starred in. I've watched them all and they are all good productions, I must say.

Lastly and also one of the reasons I stayed tuned despite it being a little draggy, was the fact that Zoe is a fashion designer in this drama. Her clothes pairing and style were gorgeous (well, at least to me, who is not that much a fashion freak - I've learnt a couple of pairing tricks, simply by watching this drama!) Kudos to the stylists and MUAs behind this production!

Enough of rattling. Any more would seem to lead this post into a summary of the plot!

So here is a compilation of the her in the different apparels throughout the series. Make-up style included! 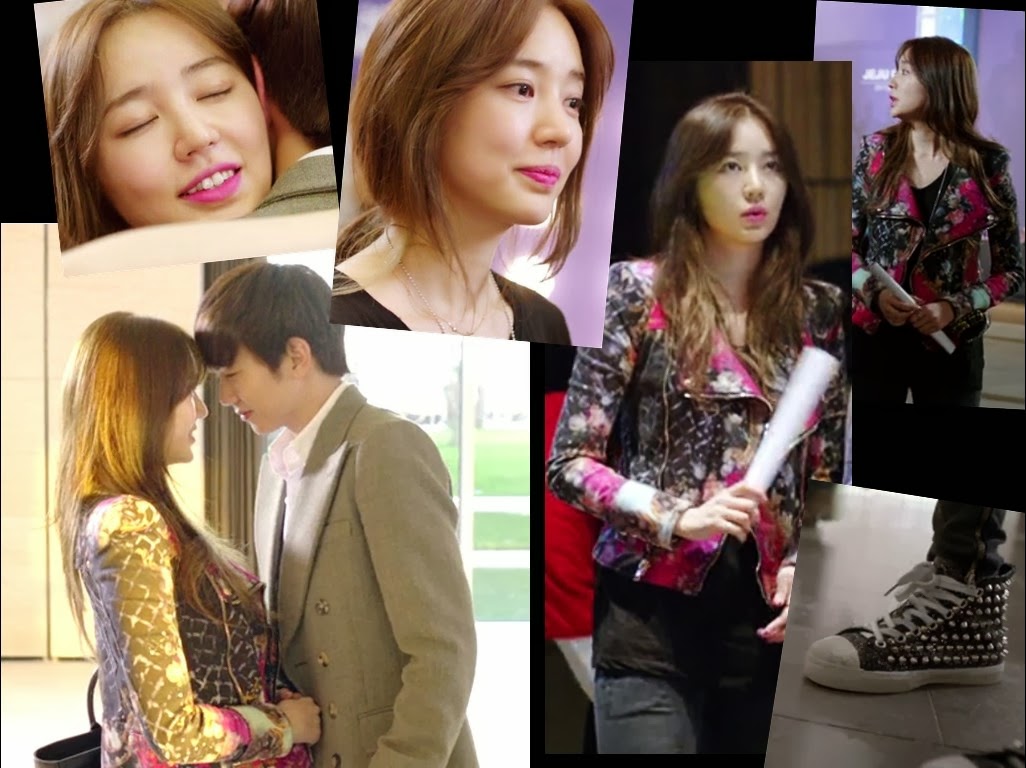 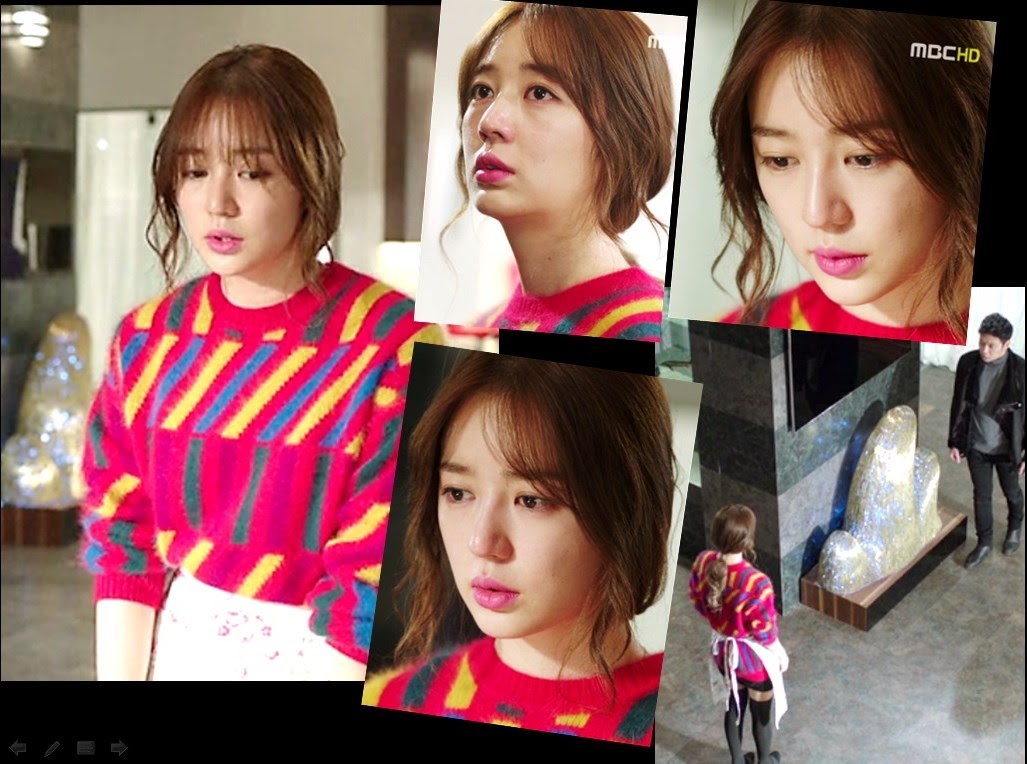 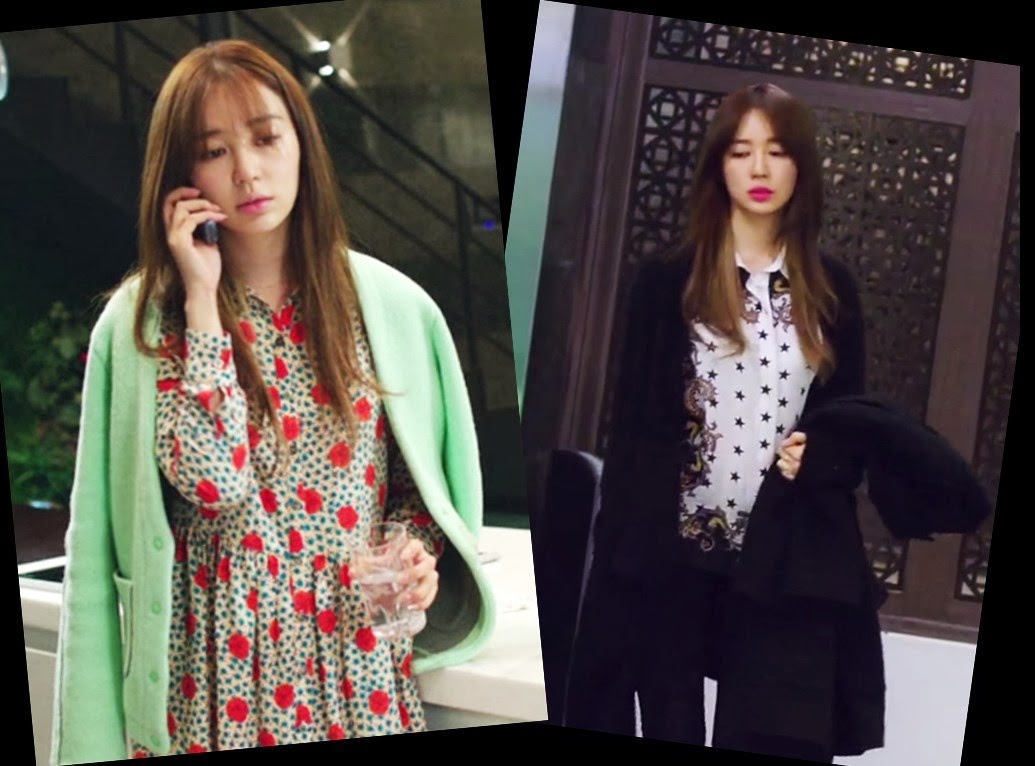 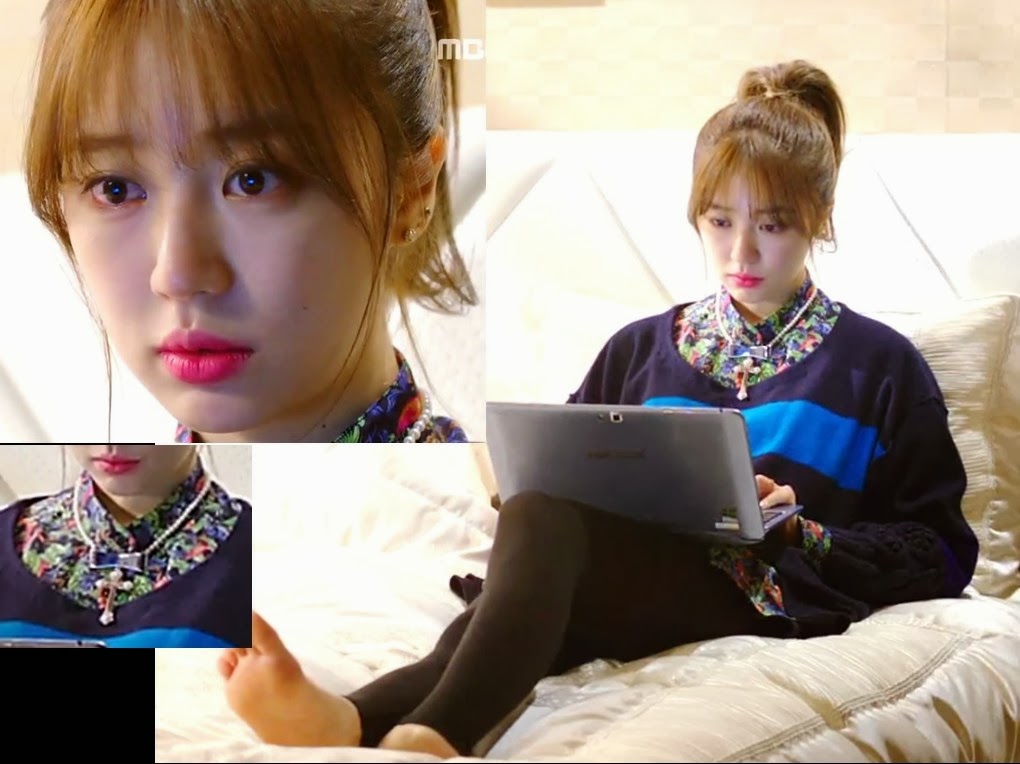 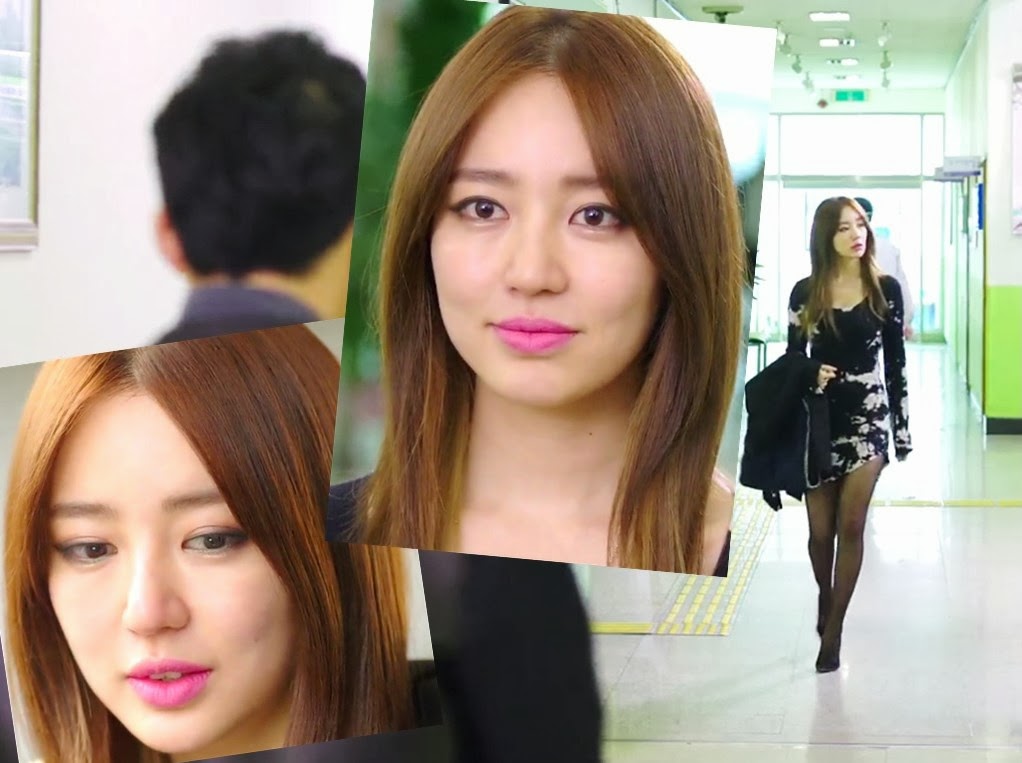 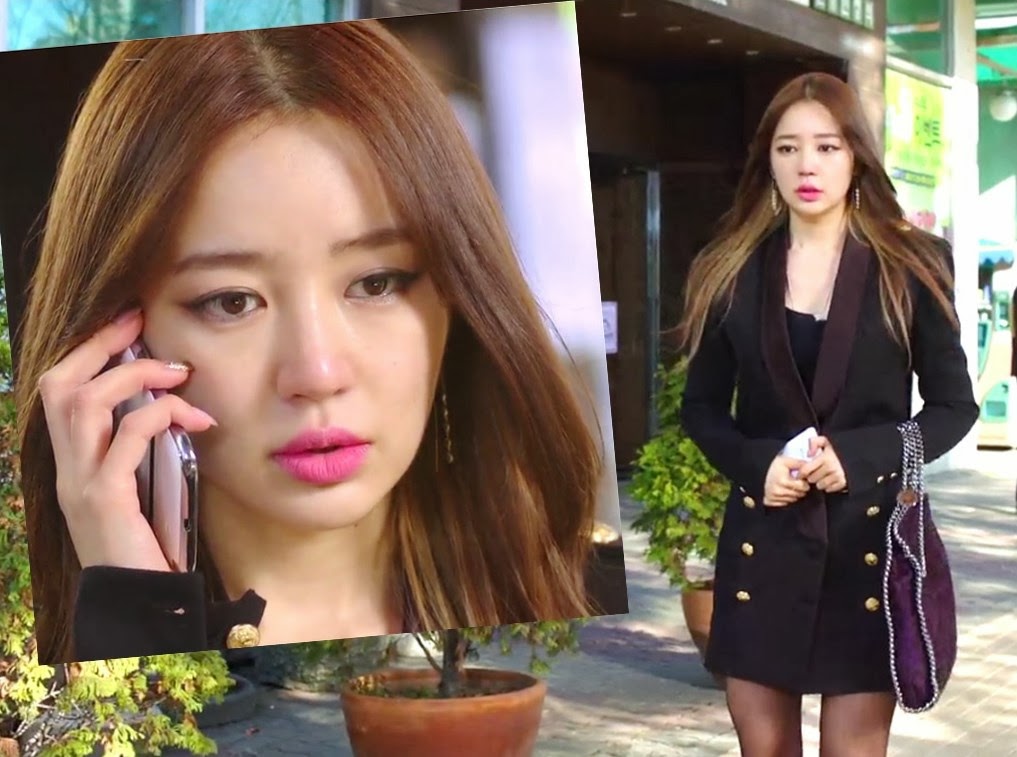 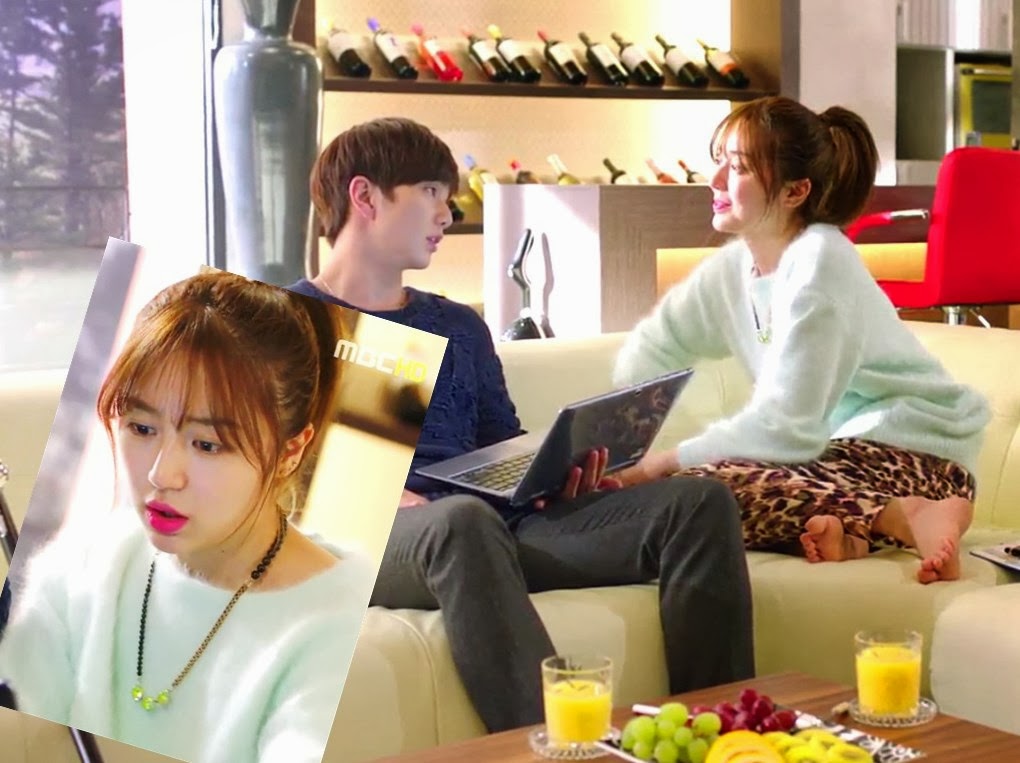 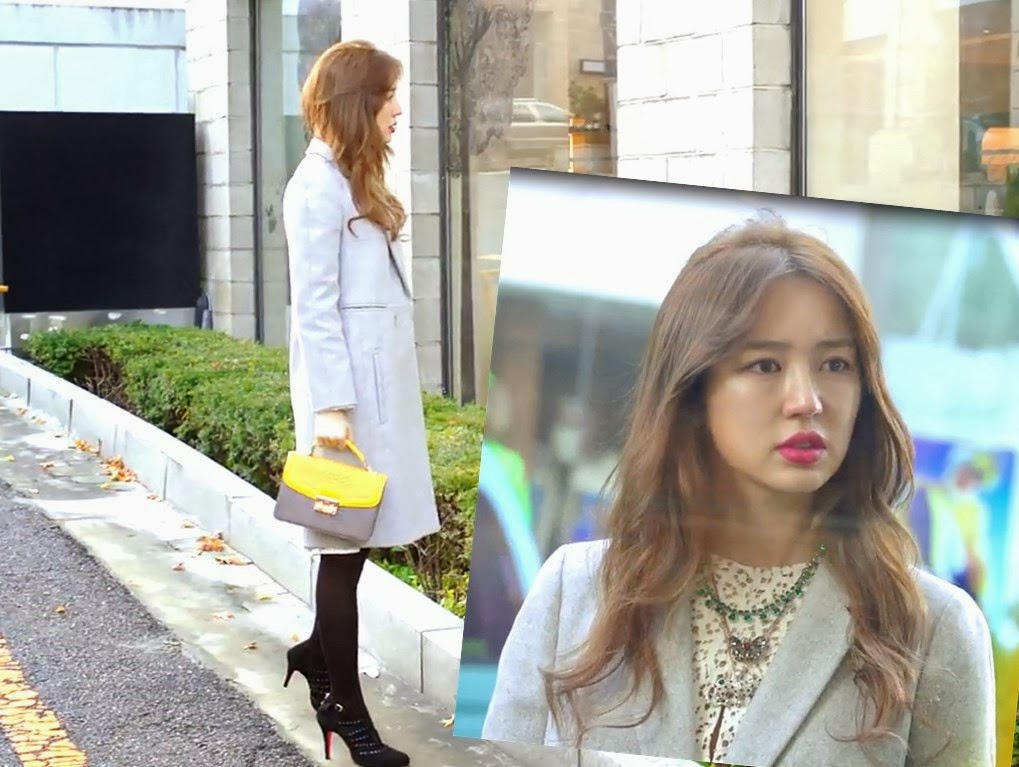 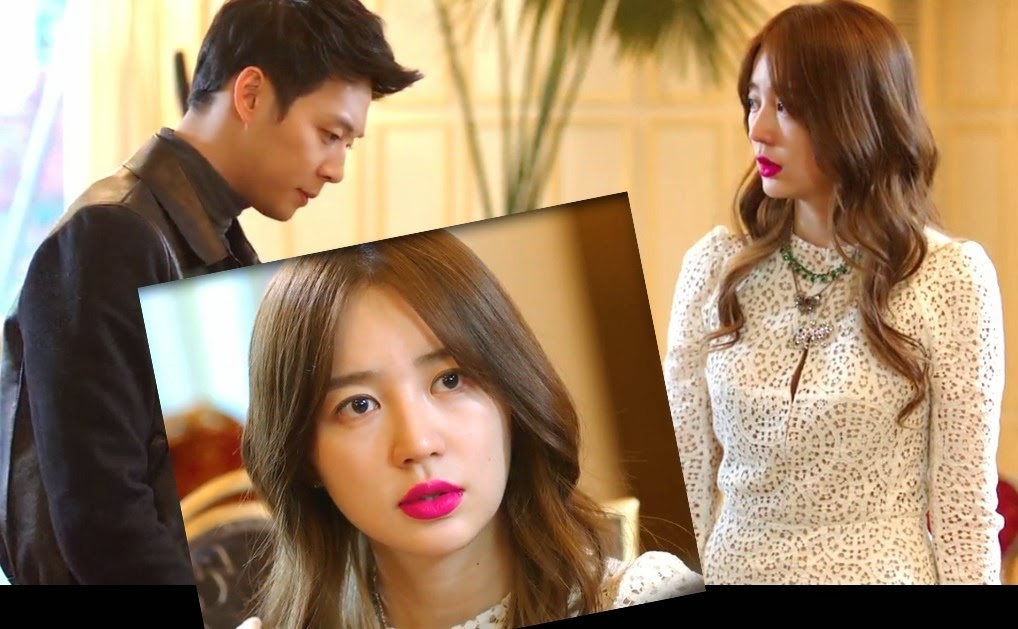 I liked how her clothes are all with some sort of prints and the fact that she wear these really pretty accessories which really makes the entire appearance chic & stylish.

The make-up follows the usual "Korean" style which consists of dewy, almost no-make up base, with a light touch of eyeliner. Enough to add some contrast to the eye, yet, ever "non-existent". If you know where I am coming from. She doesn't even look like she has blush on! And the lips, oh! The lips seem like a pop of pink candies in each scene. Matt and so very hot!

I will post a part II, cause they are too many scenes and editing to do. Cheers!
Posted by Unknown at 09:32