It's officially the first day of Ben's tour in Seoul and given that he is such an enthusiast in photography, what better place to show him around than Gyeongbokgung?

Gyeongbokgung was built in 1395, and was the main seat of government activitt of the Joseon Dynasty, which rules Korea with Seoul as capital city during the years 1329 - 1910. Though its been through tumultuous times during the Japanese invasion, it was being well-restored since 1990. It consists of official quarters like the palace throne, reception hall and living and resting quarters like the king's and queen's residences.

It;s no guess this is the place where most Korean drama filming takes place. The grandest of all the palaces in Seoul and 1 that's not to be missed. It is a huge palace and will probably take 2-3 hours to cover, comfortably.

You can't miss this front shot of the entrance cause its a pretty awesome sight. It faces the main road, actually. So while standing in front of the palace, one may feel like a clash of times... 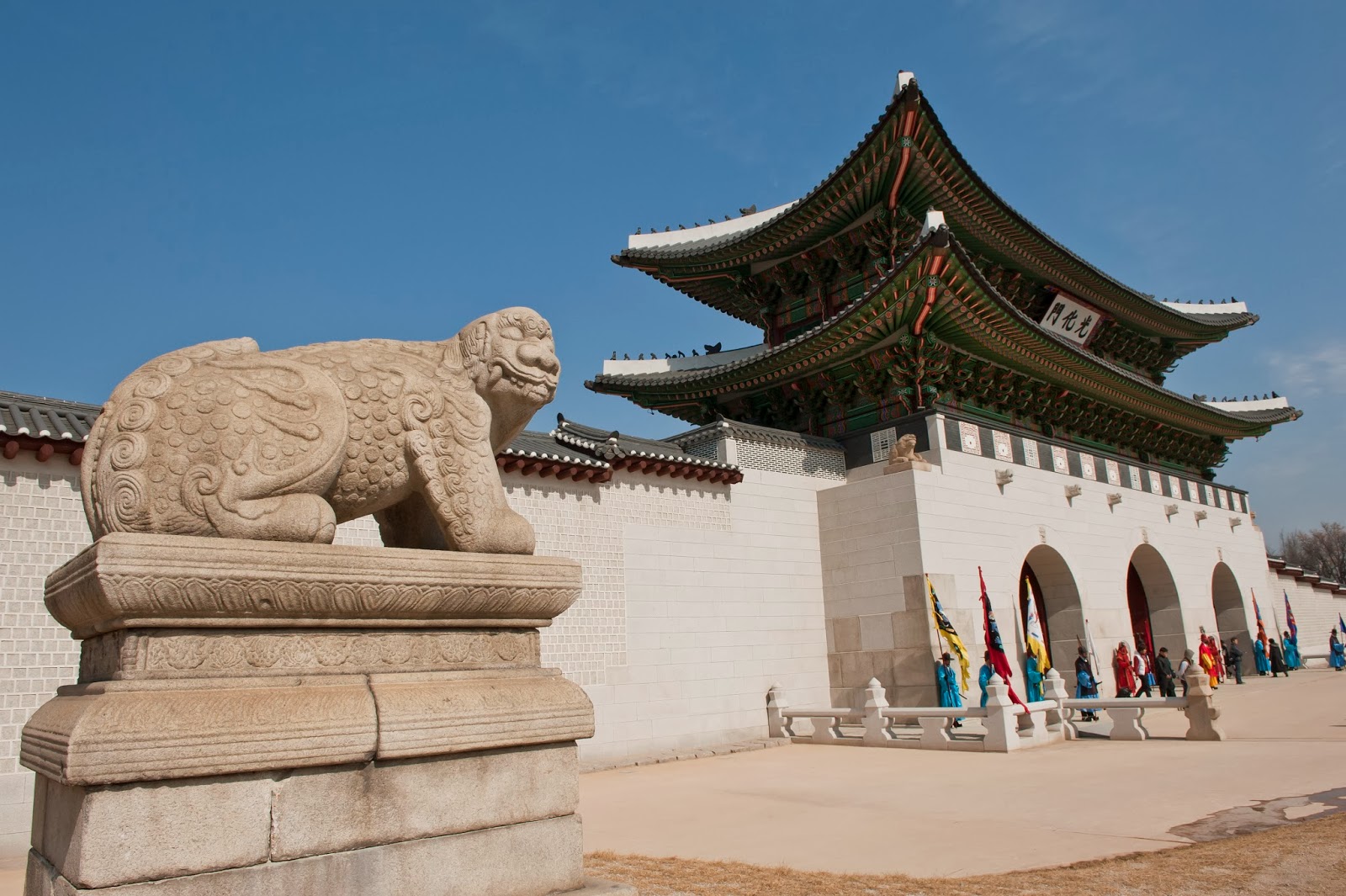 Shot of what faces the entrance of the palace. 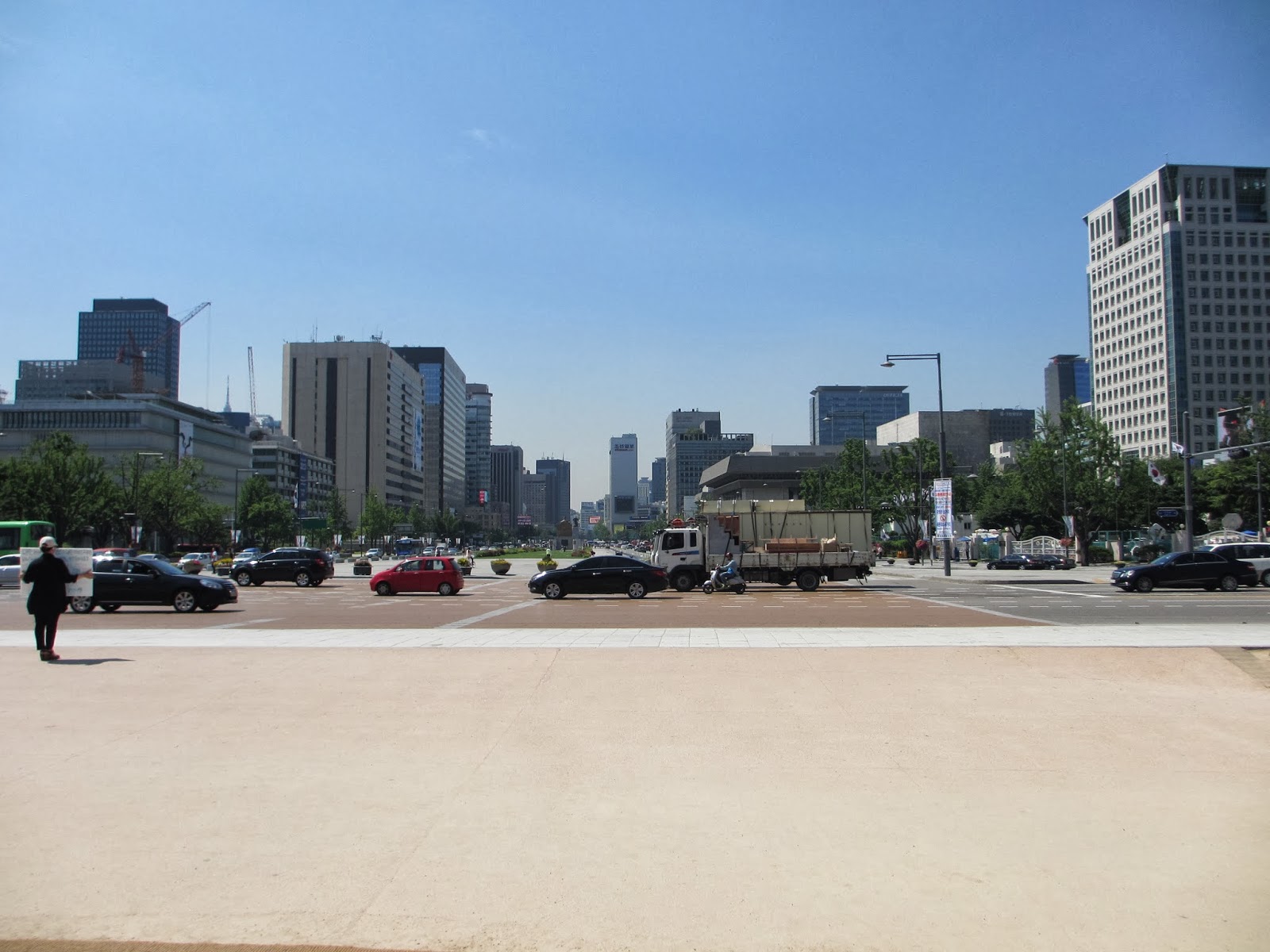 As with most palaces, there is always a palce-guard changing ceremony every few hours. So be sure to check from the website visitkorea website to affirm the timing and not miss them. 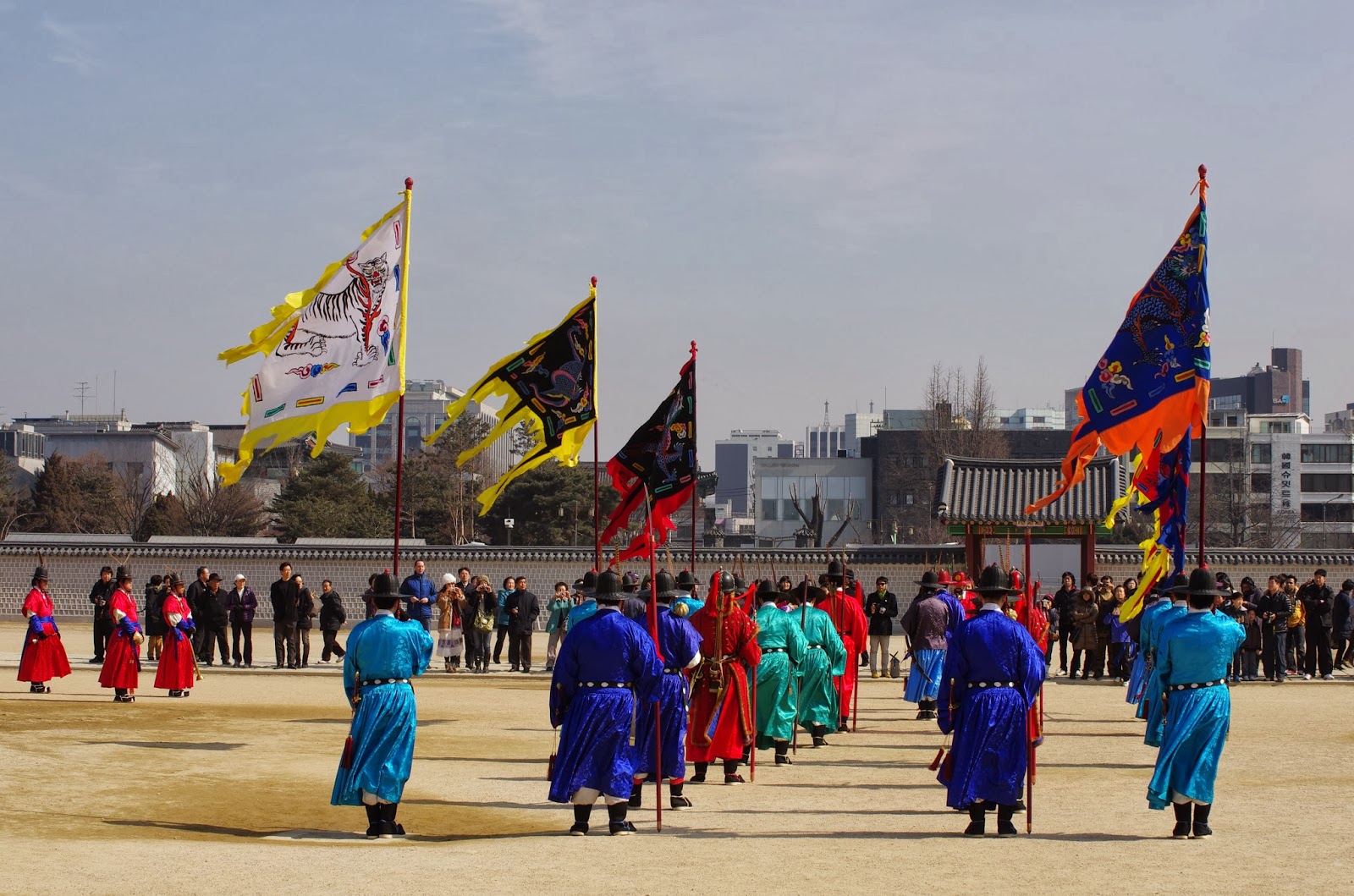 Palaces also almost always have a majestic mountain in the background - for scenic reasons. I guess mountain-gazing must be one of the greatest hobby for kings then..
Frankly, who would mind having a mountain-view even in modern times like this? 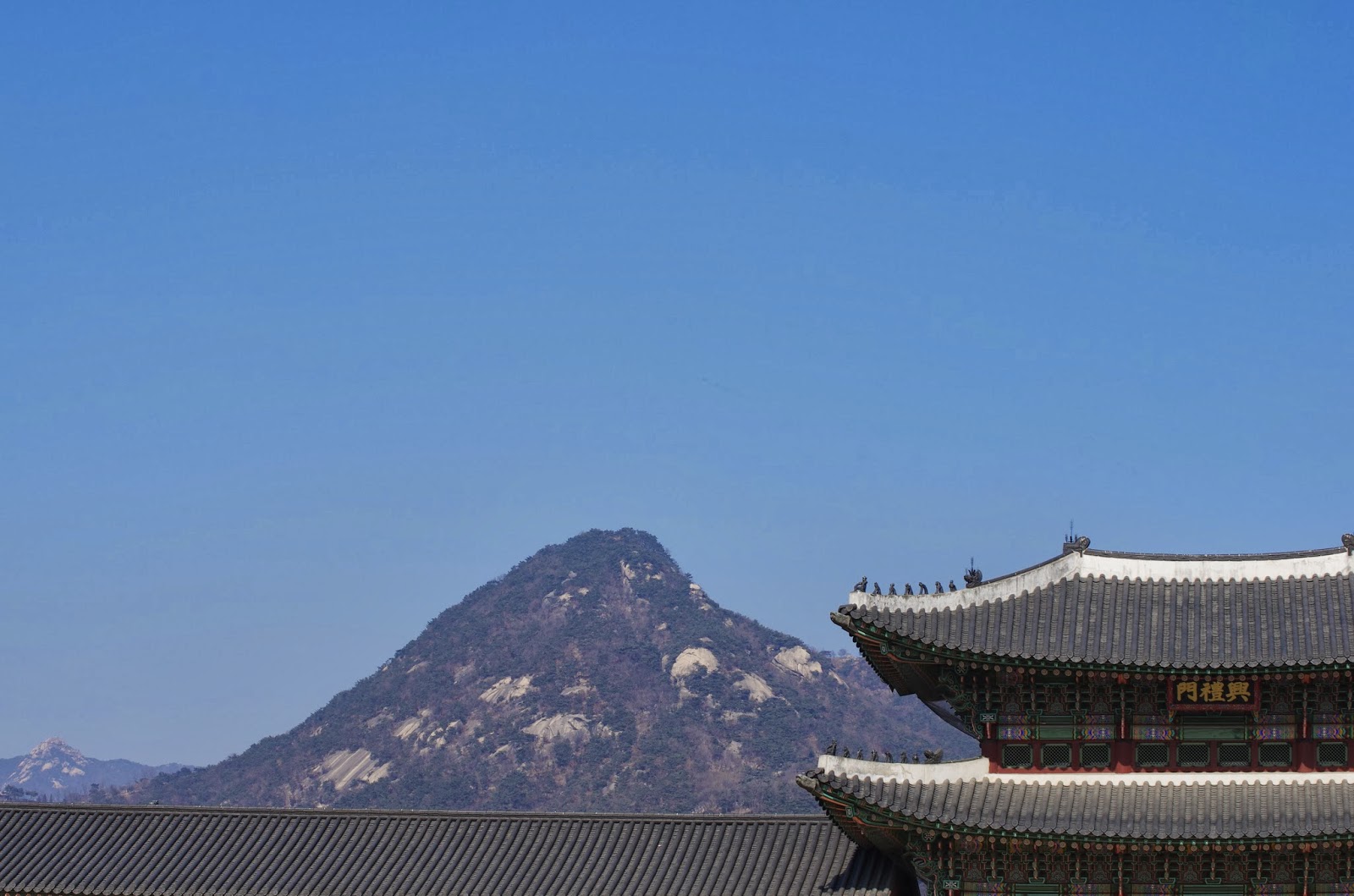 Only professional lenses will be able to capture such great shots! 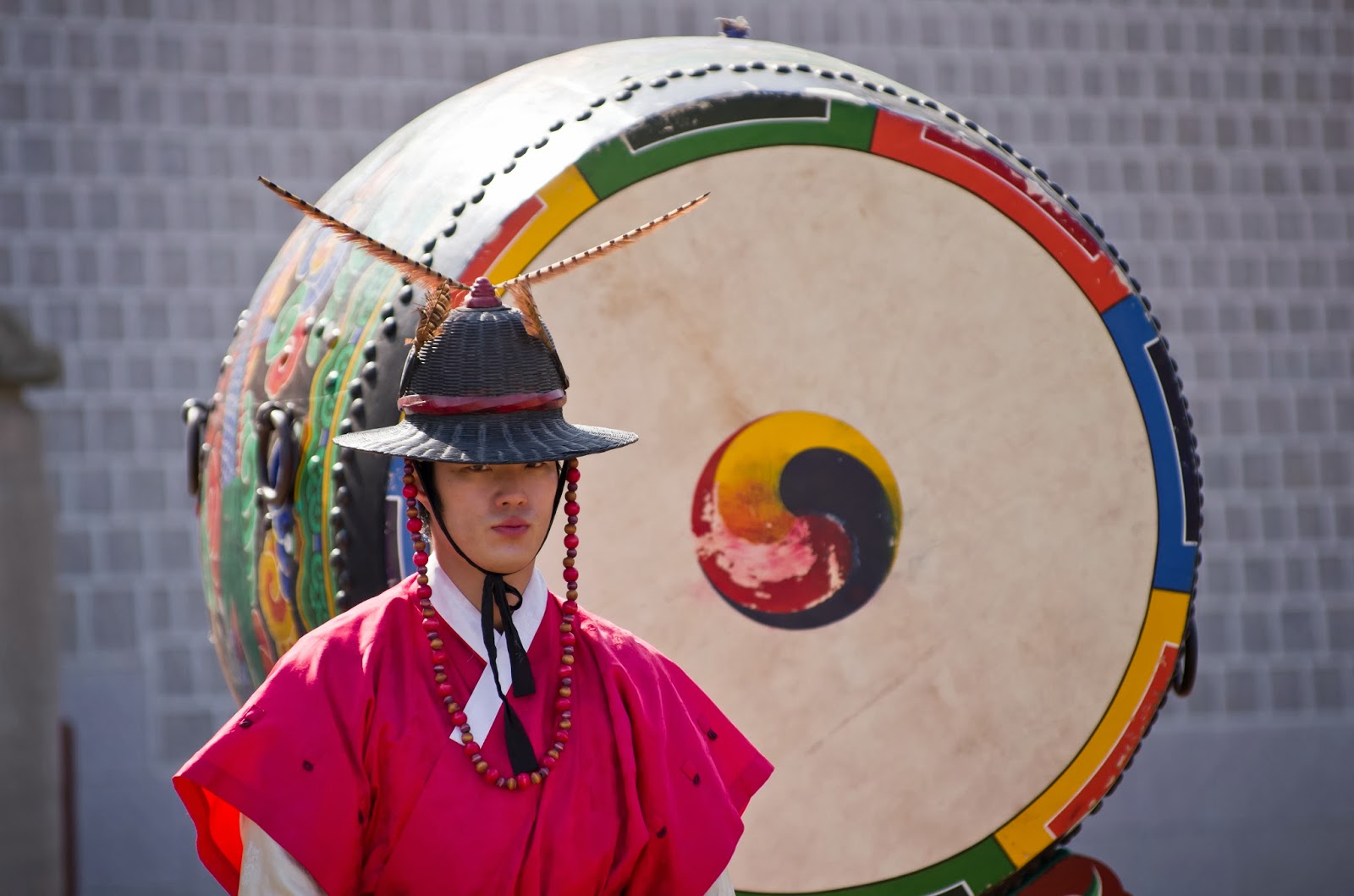 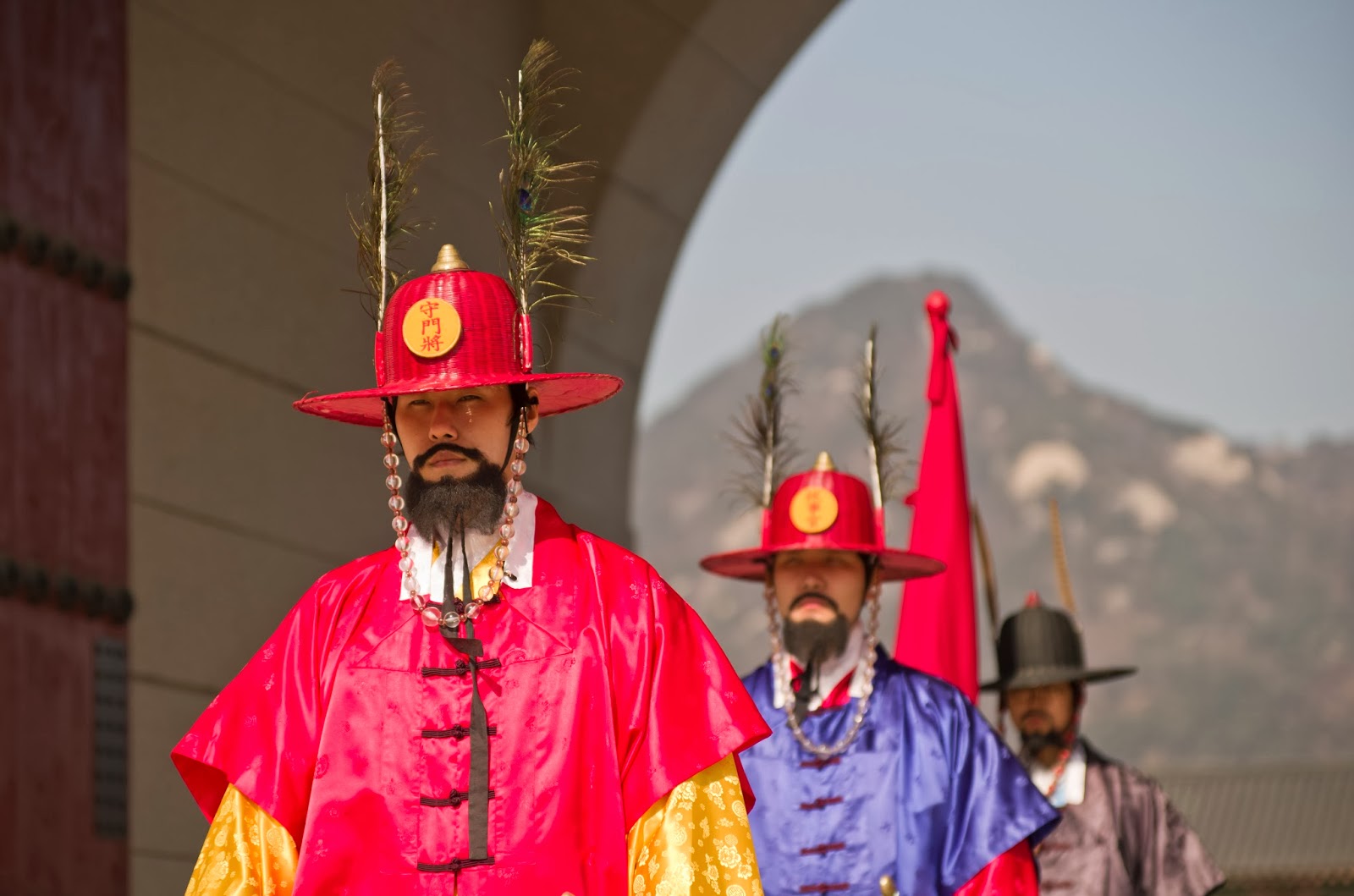 The photos in this post were all captured b Ben (cause I was too lazy to take ANY pictures). And I realized I have no close up shots of the interior of the palace like the king / queen's residence, the throne and etc.

I am just gonna spam this posts with great scenic pictures from the "lens of a pro". 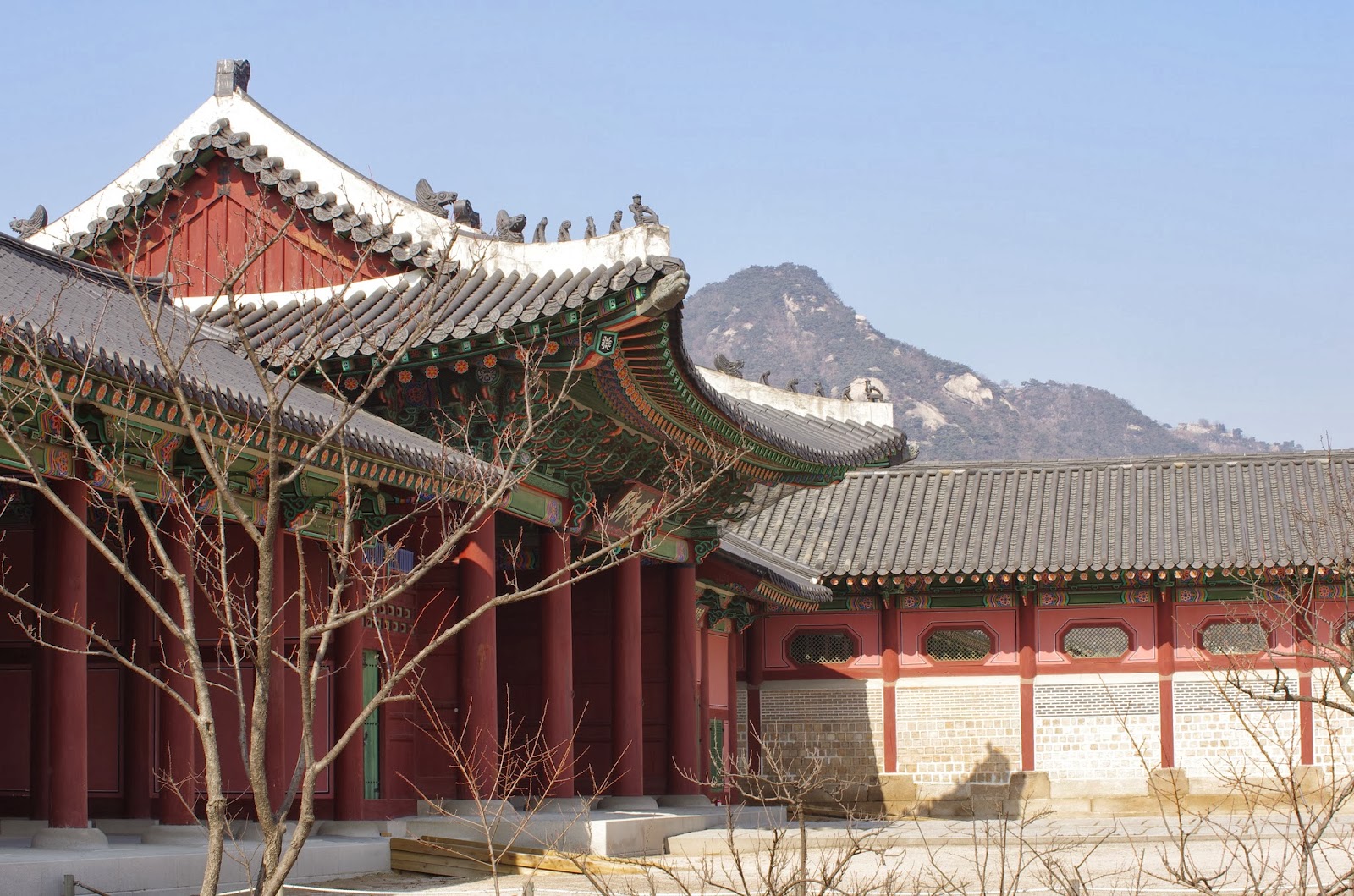 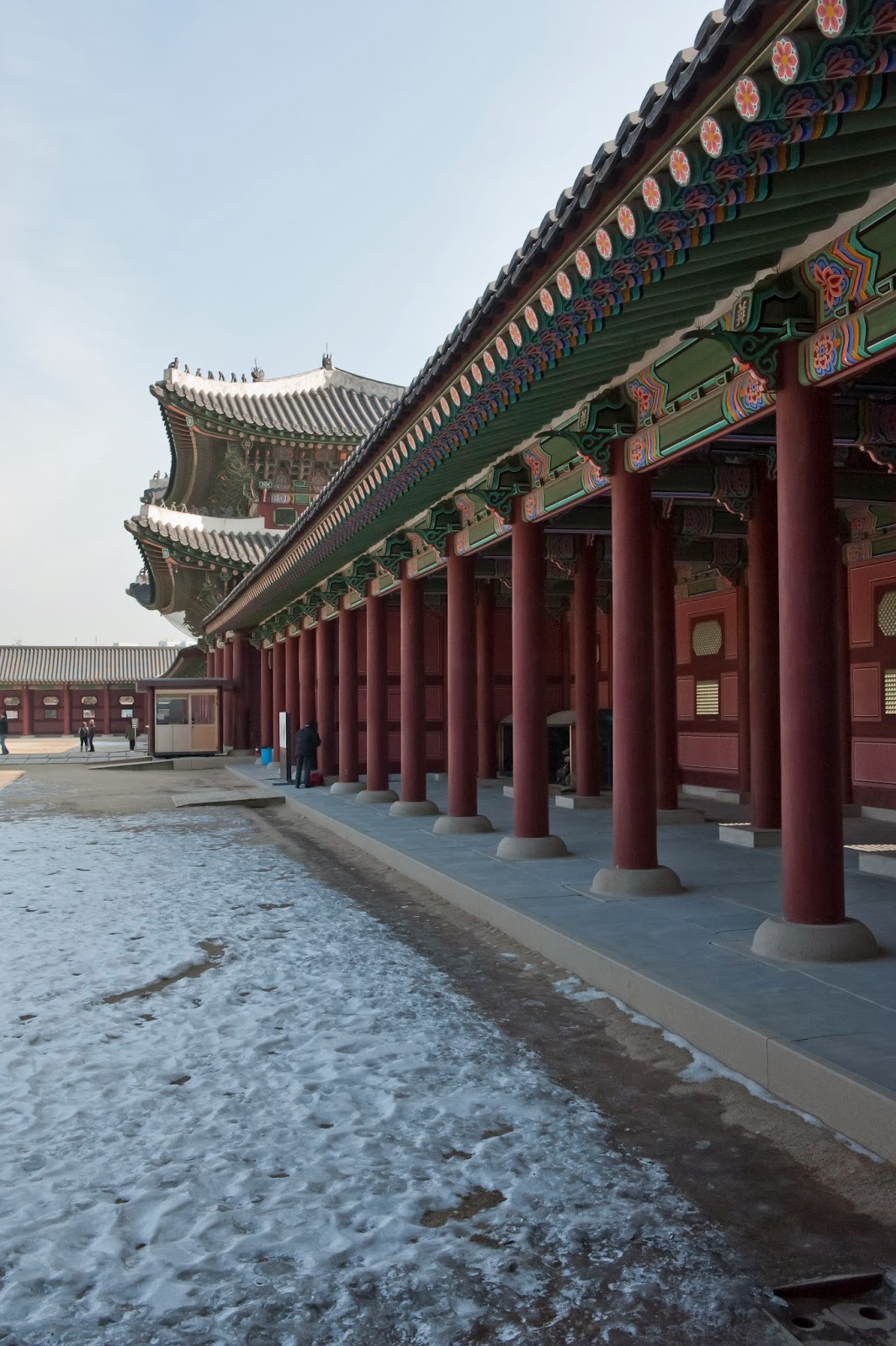 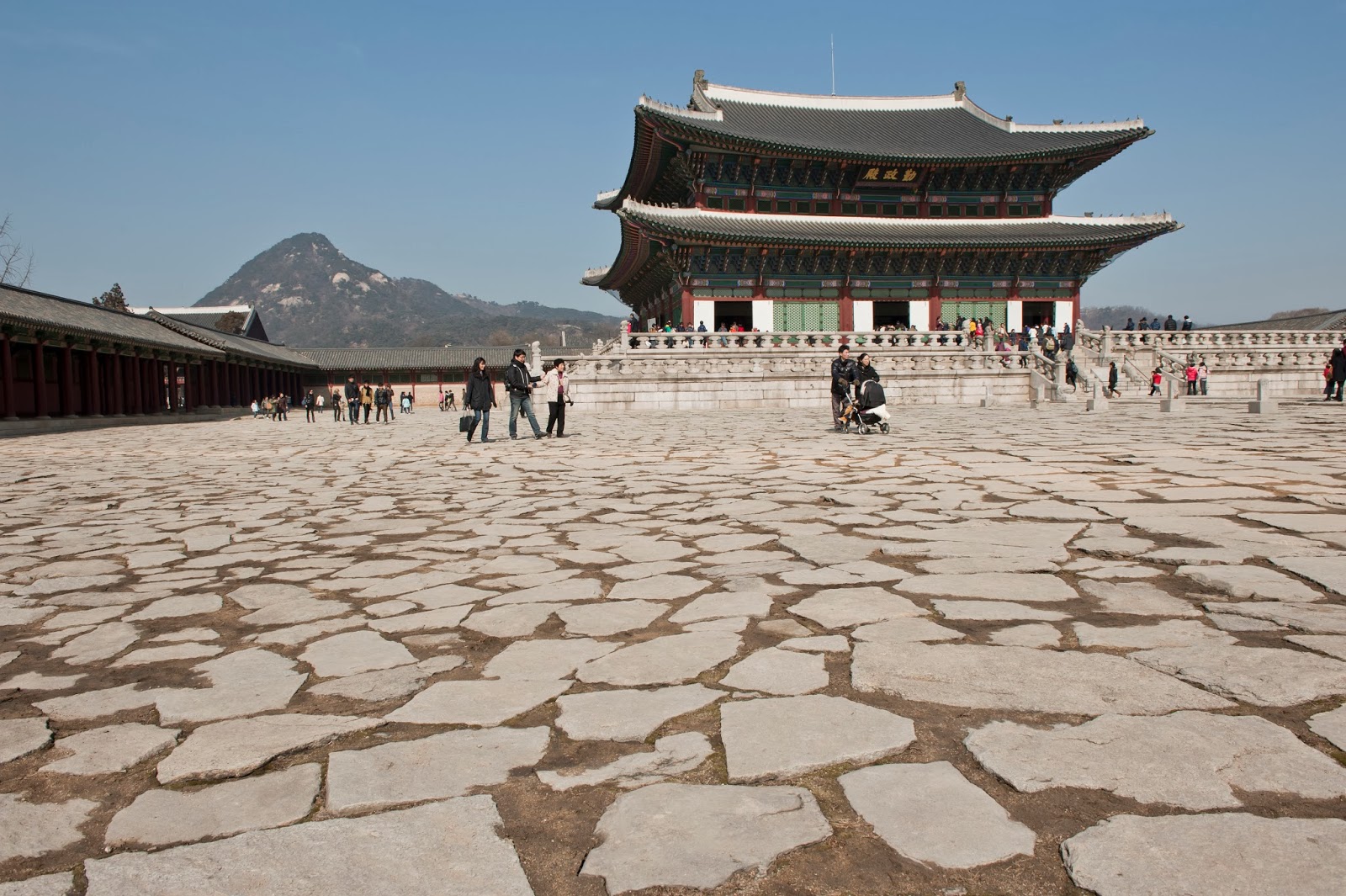 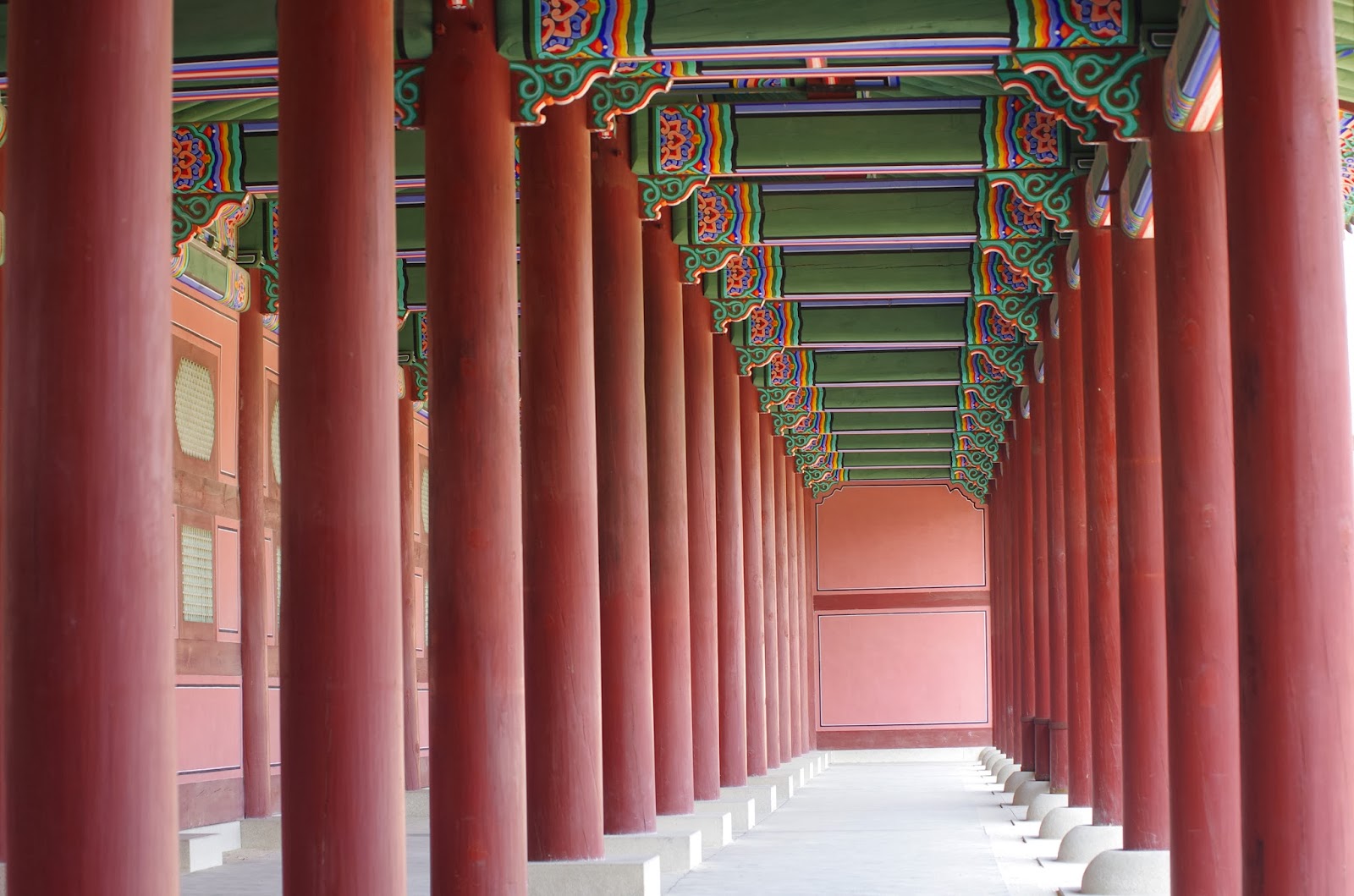 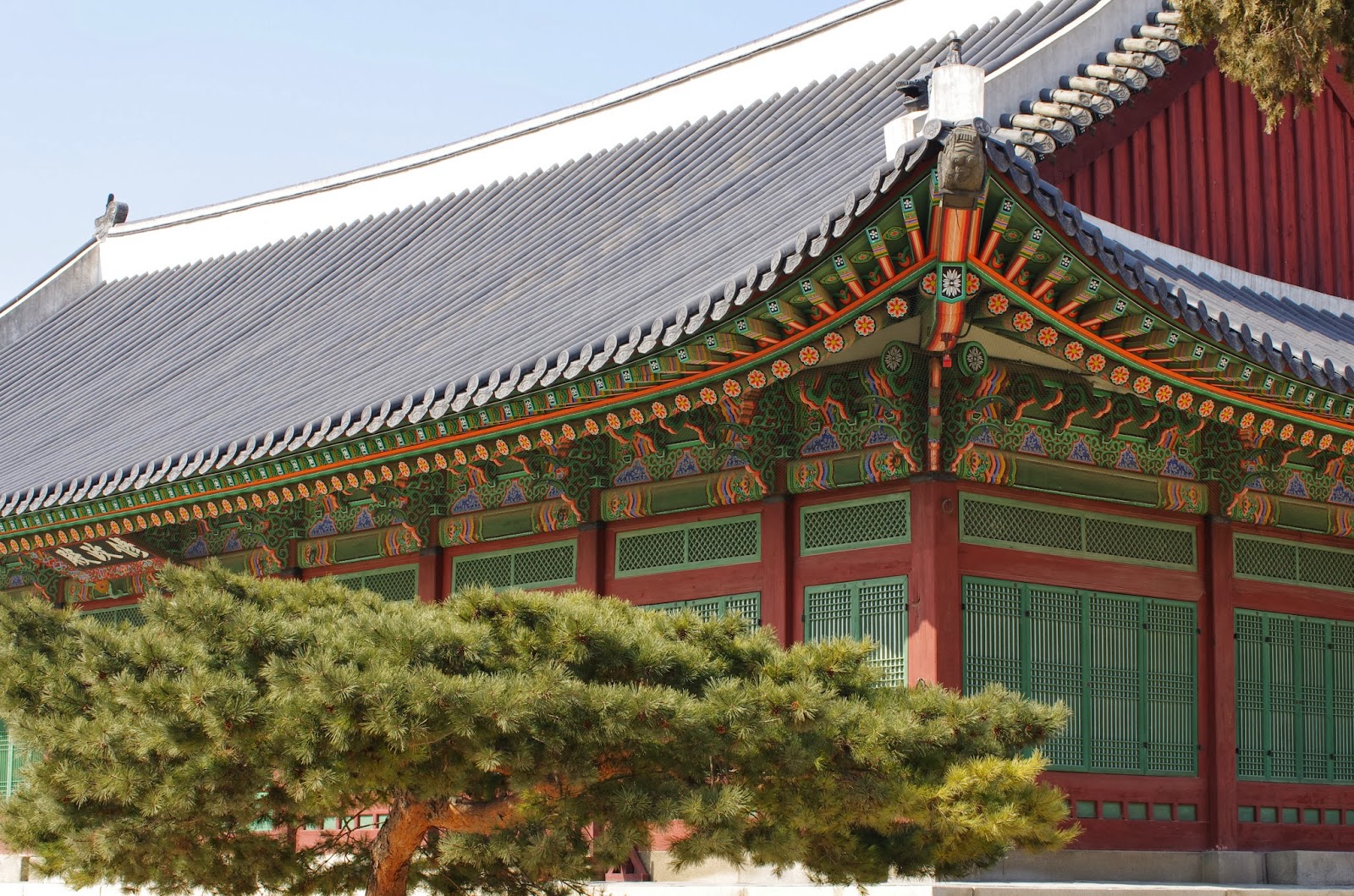 I wondered if ice-skating was gonna be a feasible idea on this frozen pond? 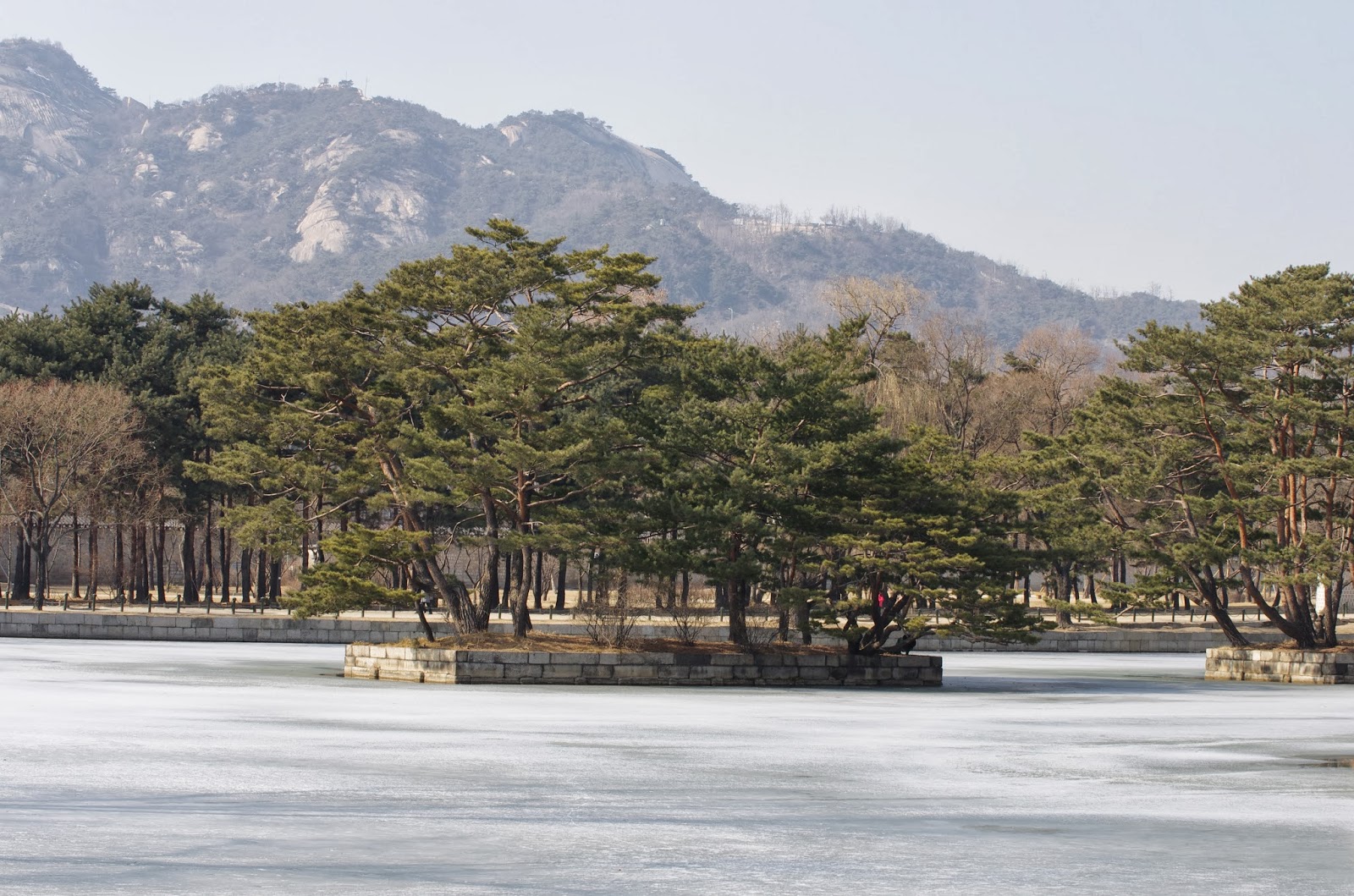 Clear blue skies that Singapore is short of. 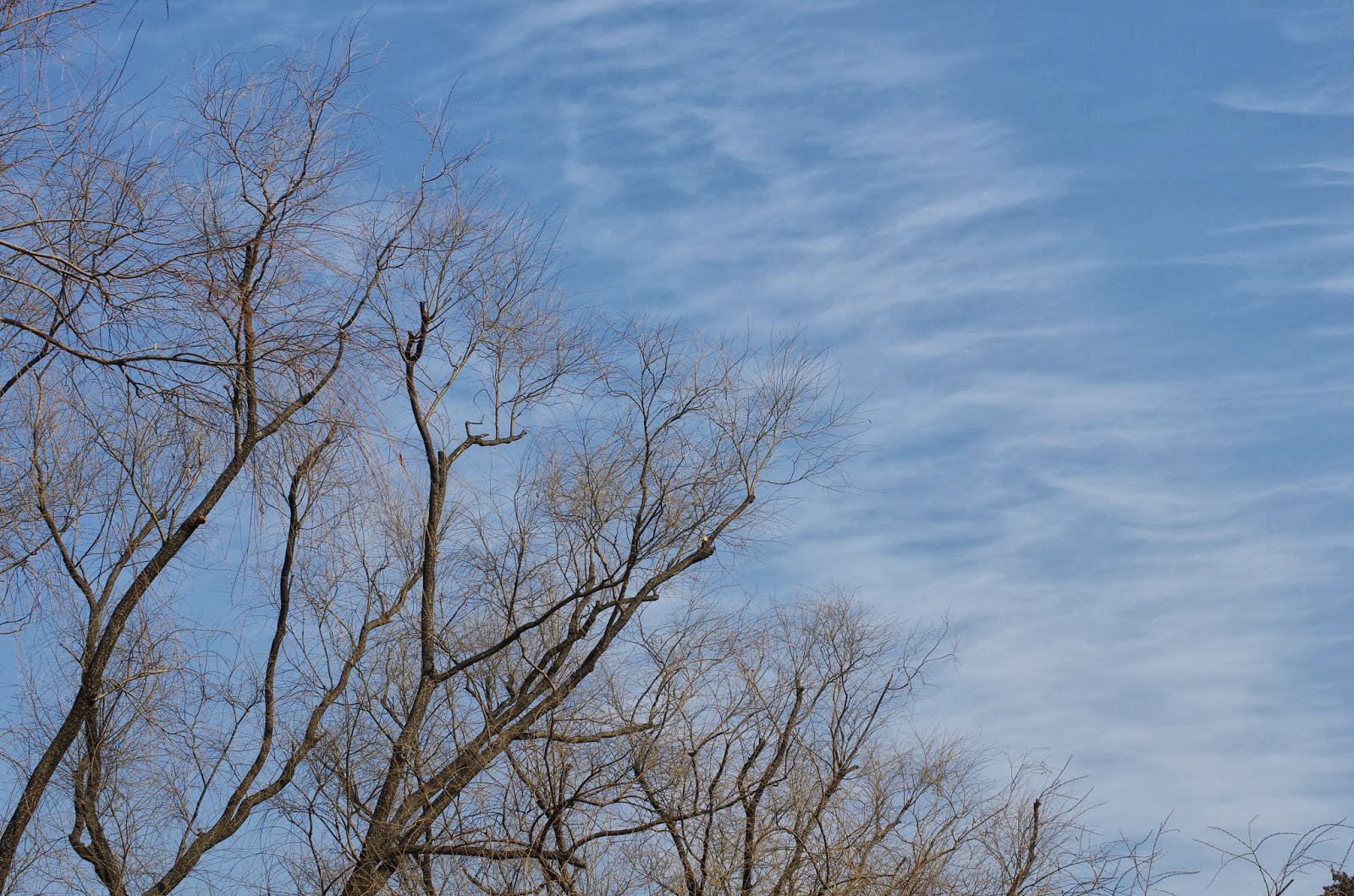 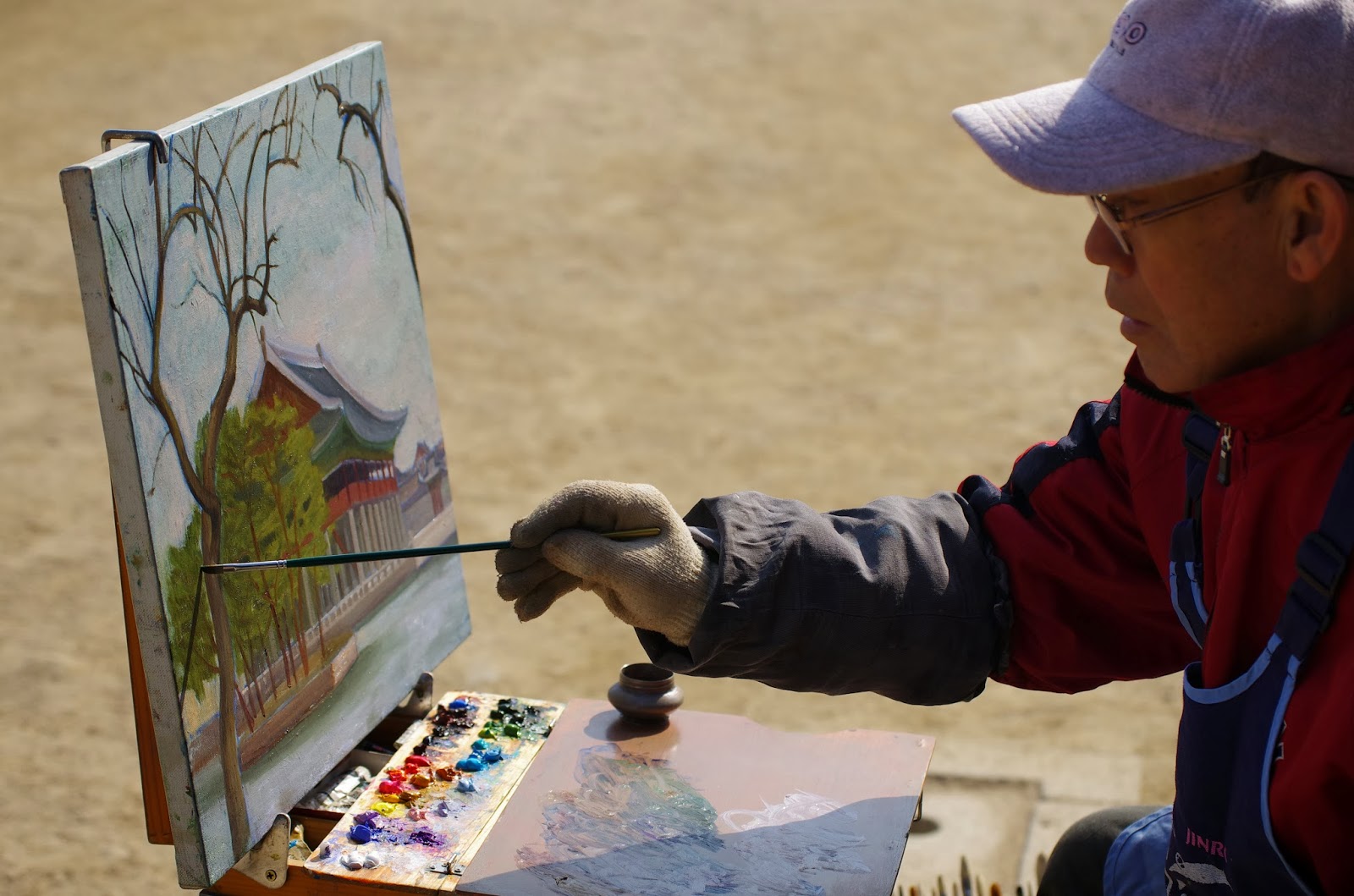 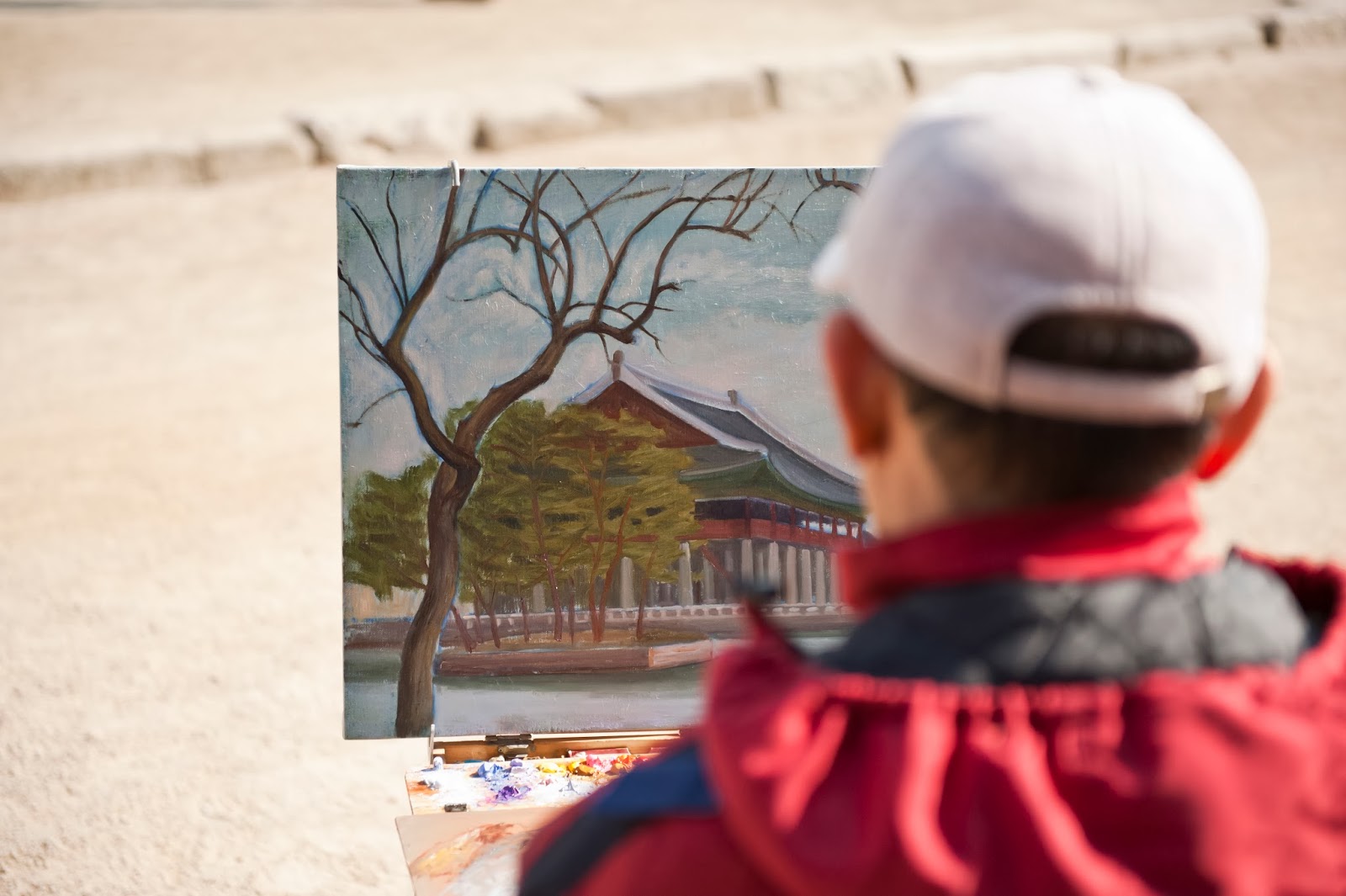 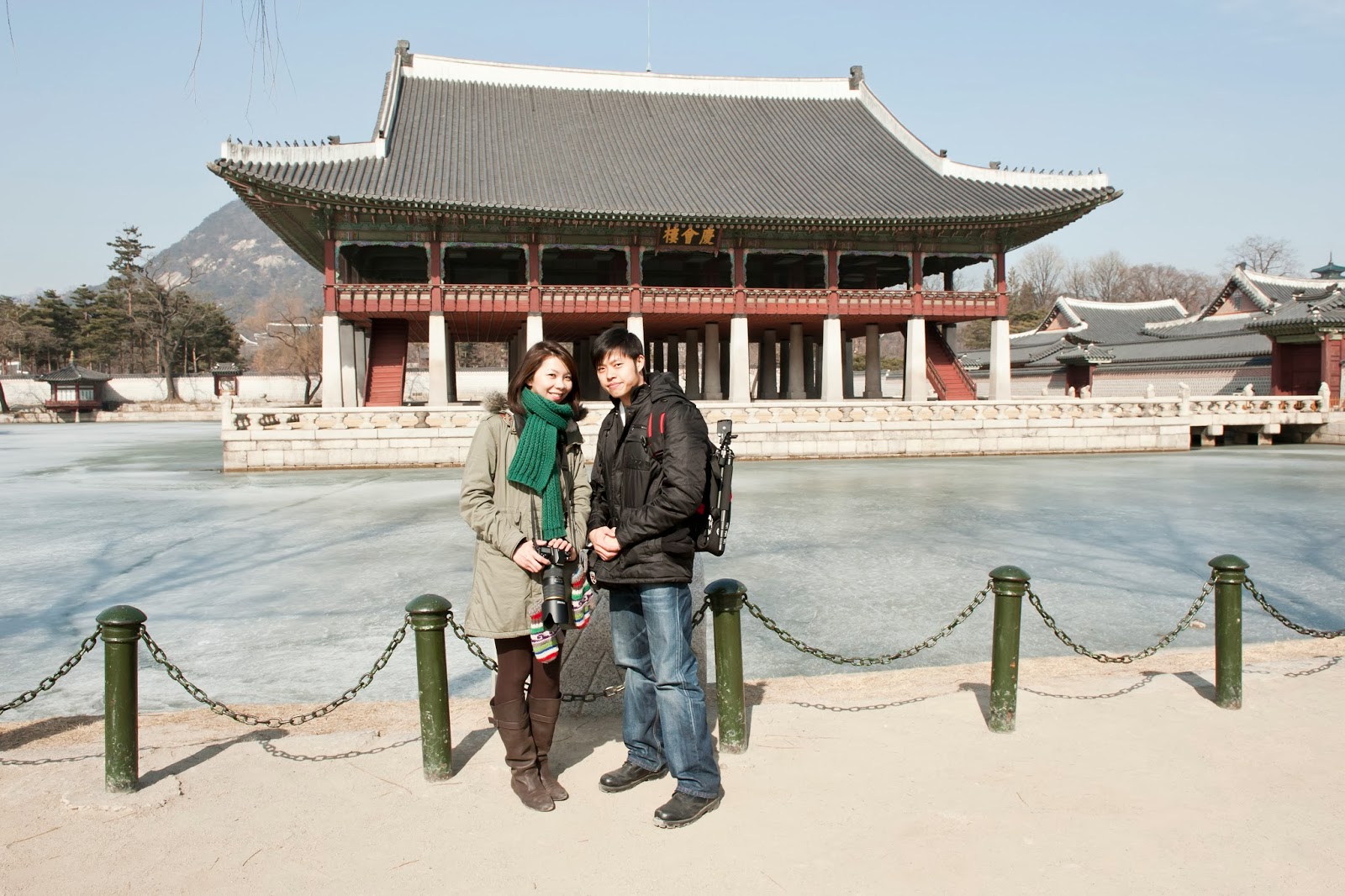 Here are some really random shots of what could be a servant's quarter?
We completely missed out the living quarters of the officials, king and queens and here we are taking random shots of the servants quarters... 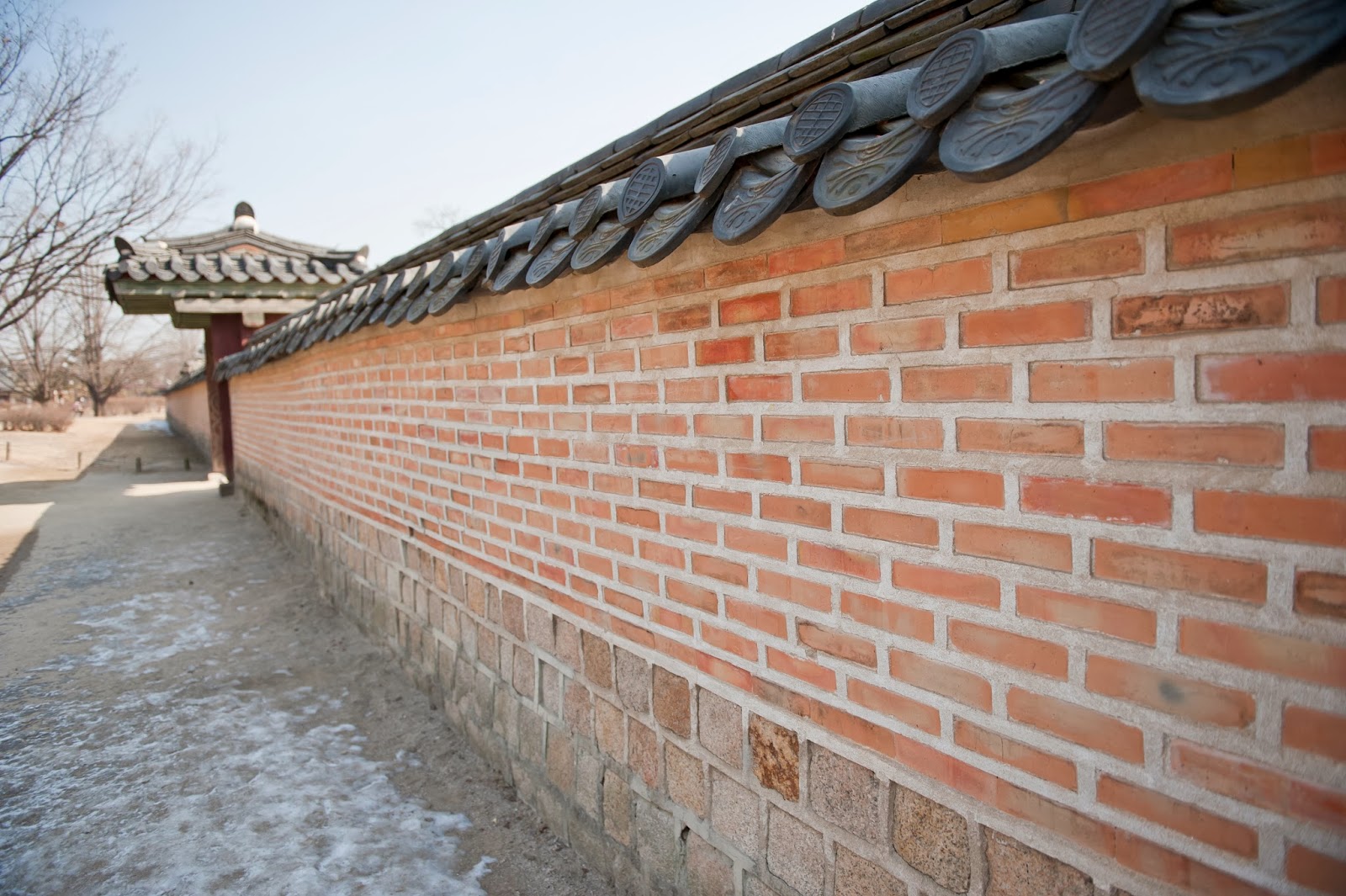 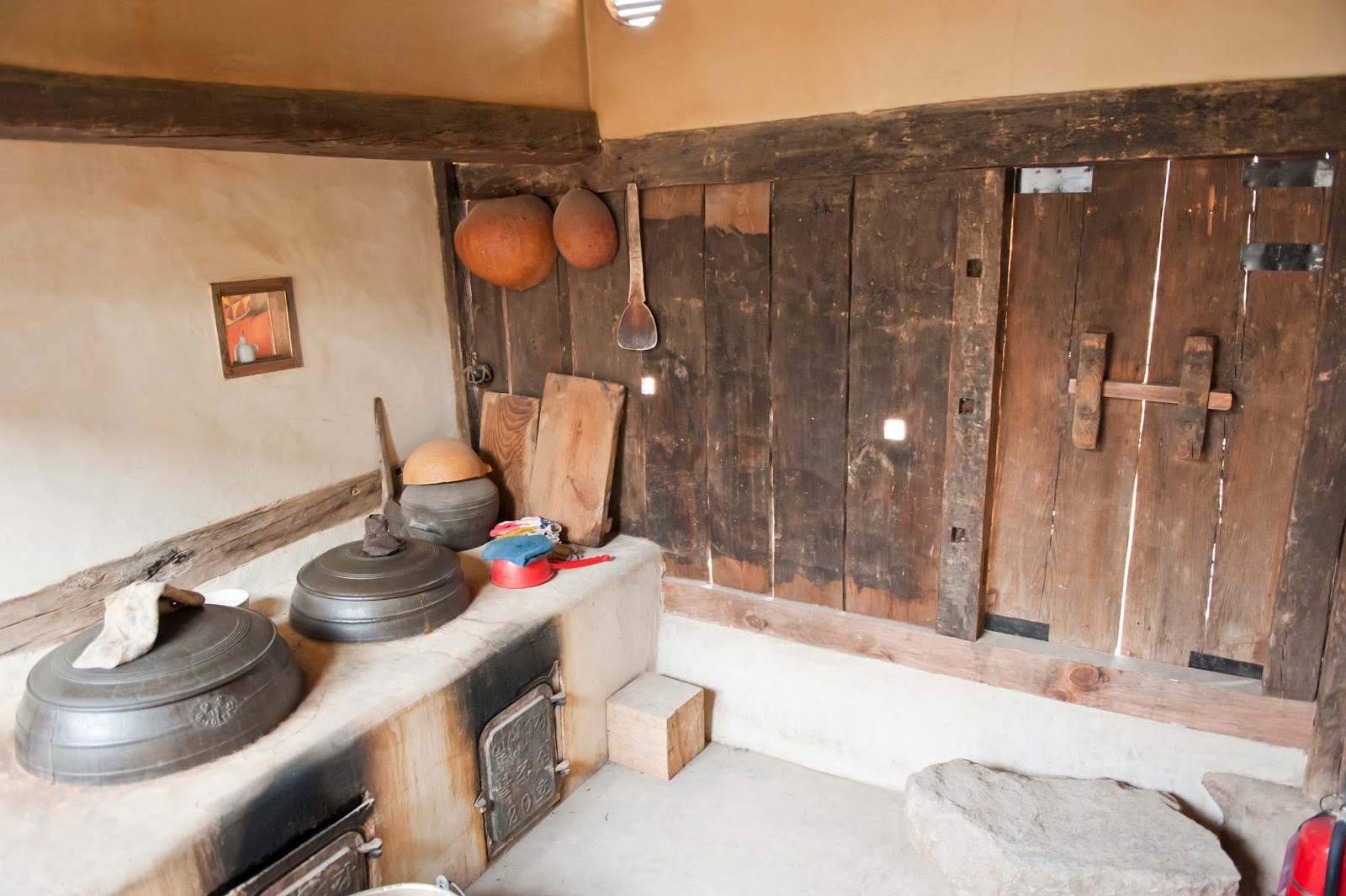 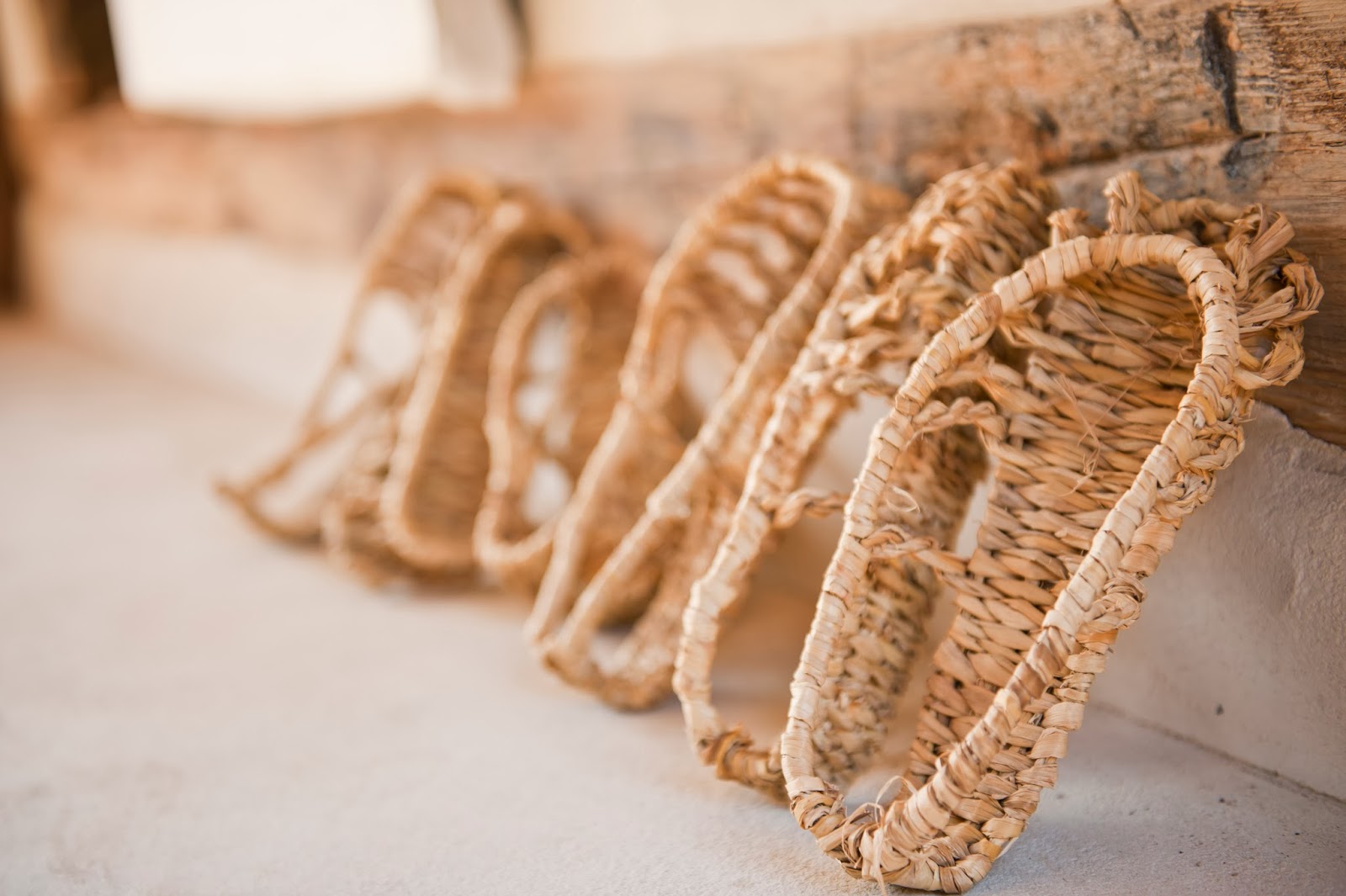 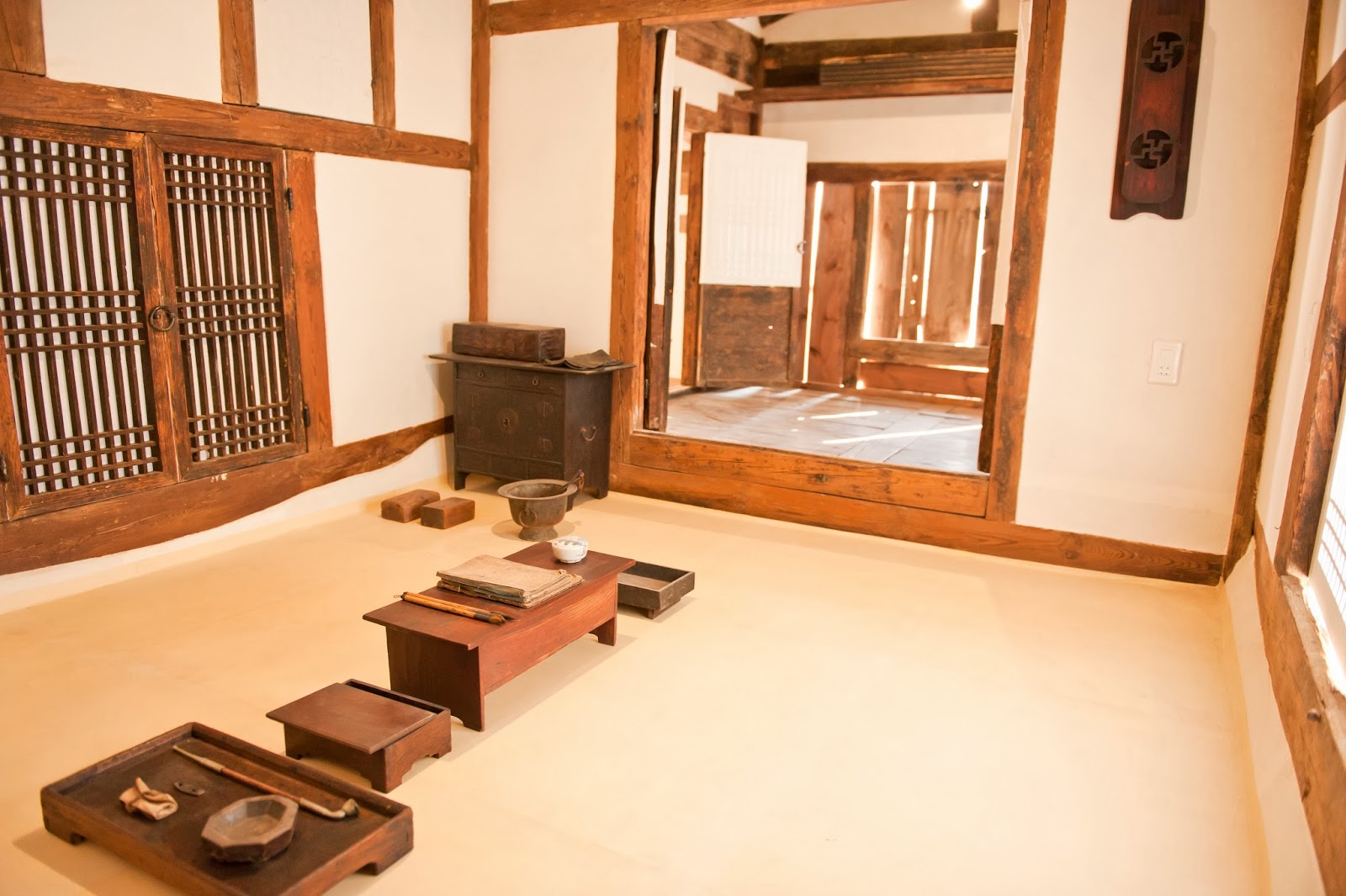 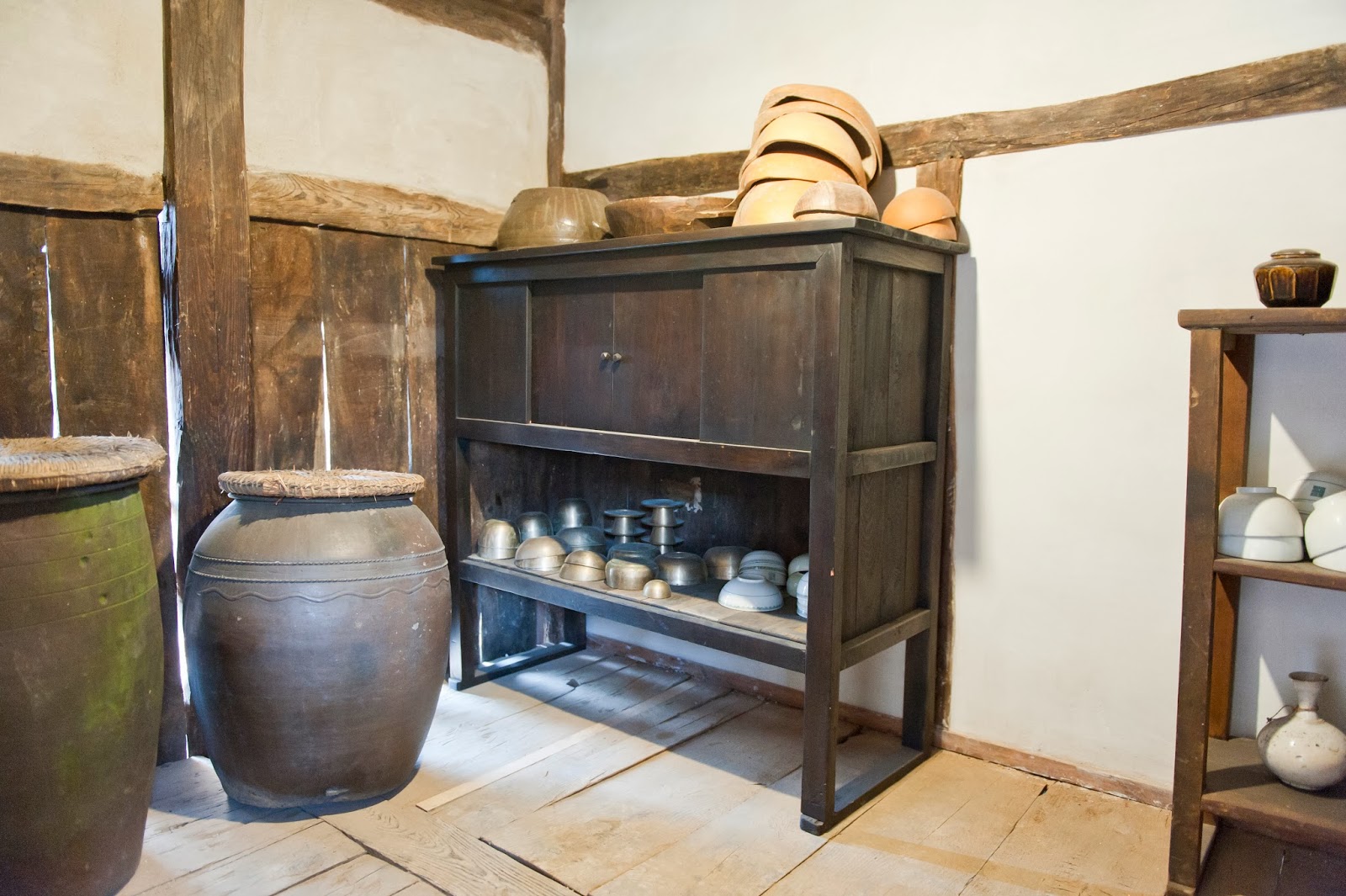 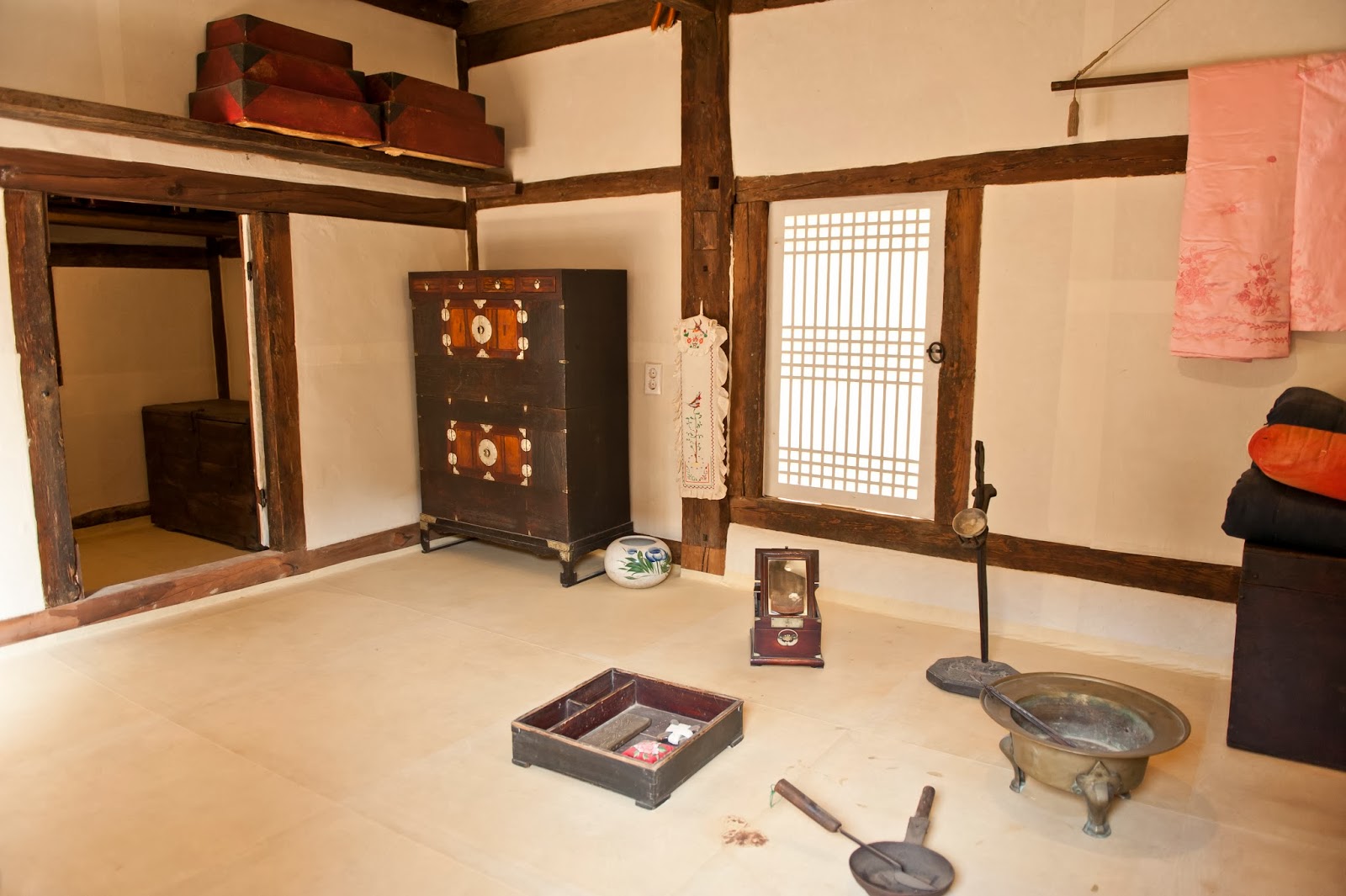 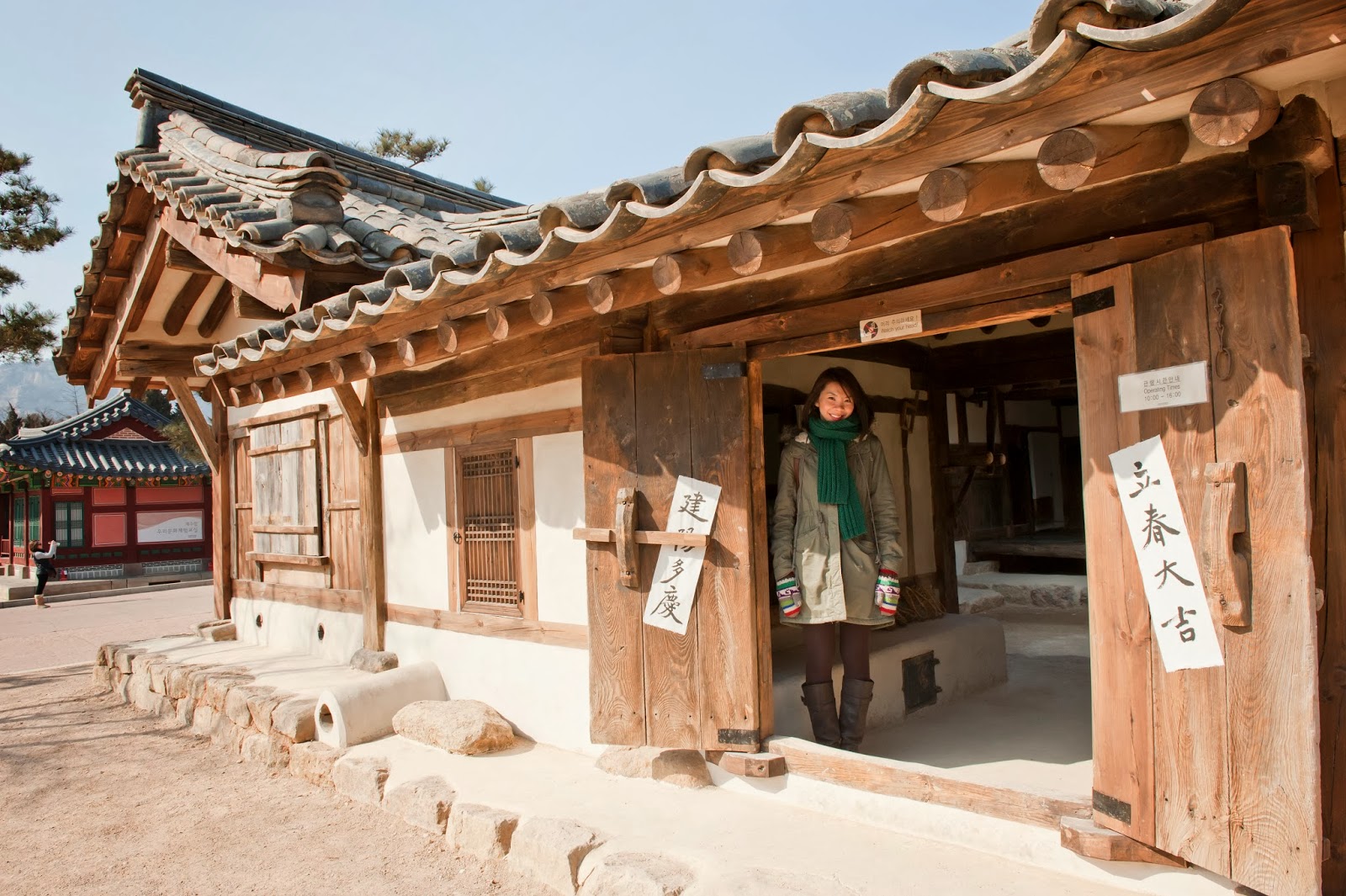 To close this post, here is a last shot of myself - snacking on a gimbap!

Seriously, it's the last few days of my trip and I am really gonna just roam around the streets, enjoying each moment instead of being a trigger-happy tourist! 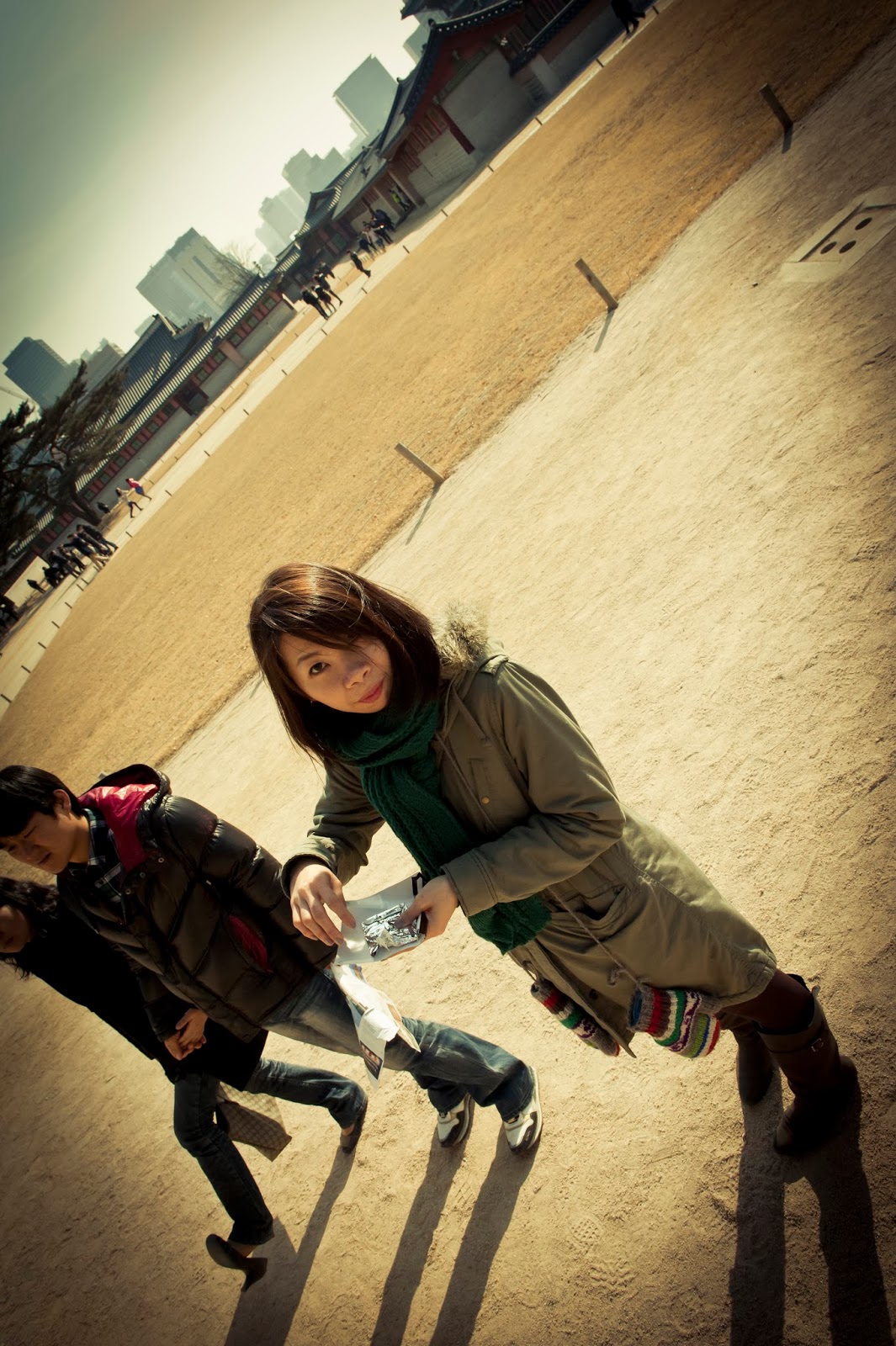