So..I told my buddy that i wanted to climb some mountains and he willingly obliged me bringing me to this mountain called "Cheonggye-san".

I have not read about this mountain from the tour book, so it must be somewhere only locals know and go to... and that assumption was RIGHT - cos i didn't spot any foreigners there.

Because there was a "guide" (my buddy), i didn't make any effort to remember the route and directions there. I just "tagged along". That's probably why one would probably learn alot more when they are travelling alone - you have to find your way in, and out and the process helps you to remember. Once you have someone to depend on, you just "depend on" them.

The only thing i remember would be that the mountain was somewhere near Gangnam? Hah!

To be frank, i think i am really quite "slow" to realise that autumn is the best season to climb mountains.

By the time i had that revelation, autumn was already coming to an end, and therefore, the pictures taken were only mediocre. Nevertheless, i did enjoy the first mountain-climbing trip. I guess a huge part was because i had a korean friend to go with and he is also pretty entertaining. 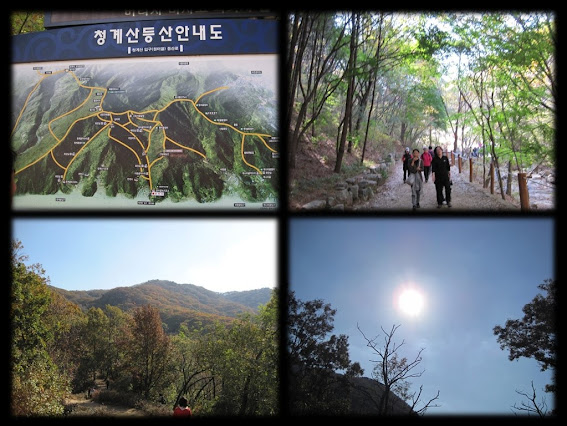 This was taken at the entrance of the mountain.
The vegetables looked so fresh and colorful! 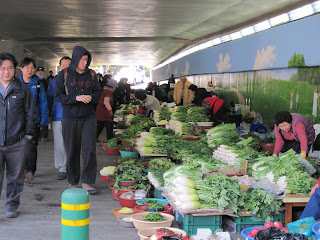 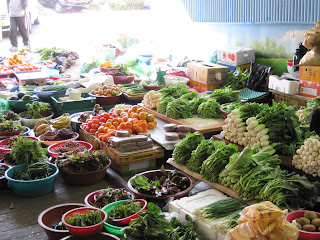 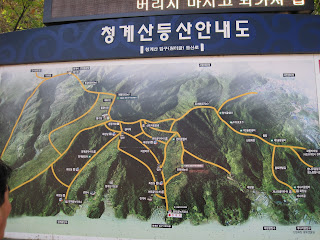 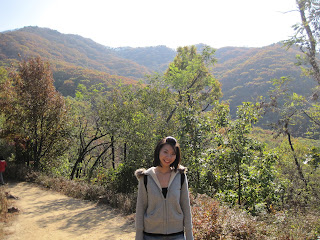 My very kind buddy. Blessed me! 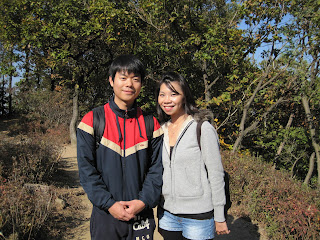 During this trip, i learnt a new term called "hope torture". The lesson was conducted by a "stubborn apple".

Buddy brought an apple and it seems like a trend that people use their bare hands to split an apple by "breaking" it from the core. (I saw my classmates do that in class too)

So "stubborn apple" refused to be broken, but my very "fit" and equally "stubborn" buddy was very determined and finally, we saw some "cracks" in the middle.

Perhaps "stubborn apple" did not like my buddy and after trying for a while, it remained in a "cracked" state and did not split open.

So i offered to take over and "lo & behold", it split open!

"Stubborn apple" must be a male apple since it liked girls more! haha

And there, buddy said, this is called "hope torture"... the apple was leading him on!

An entertaining buddy isn't he? 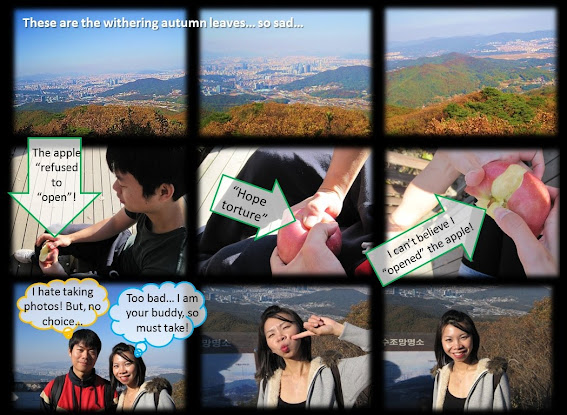 After climbing the mountain, we headed to my buddy's house for a BBQ dinner which i really enjoyed and appreciated!
The food was nice, but the company of his parents was even nicer! :)

I love the way they are so hospitable and friendly & regretted not taking a picture with them.
Sad. (Busy eating...) 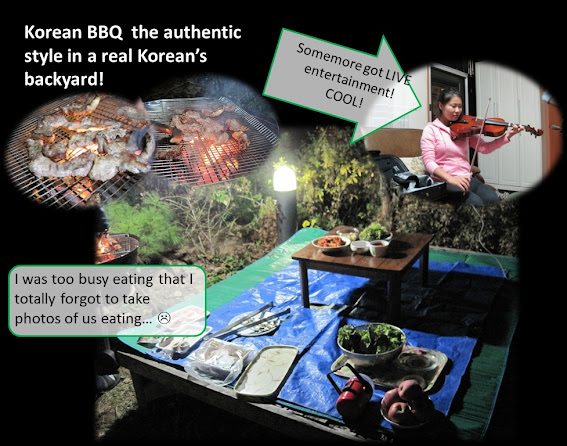 I truly enjoyed myself & thank you buddy!
Posted by Unknown at 02:30