Jeon-ju is an outskirt area, known for it's Hanok Villages (Traditional, old-style of Korean houses) which are still being occuppied by residents and their Bibimbap.

Tourist to Seoul can book a bus ticket and get a free transfer from Seoul to Jeon-ju. Be prepared to sit in the bus until your ass hurts. (My Taiwan friends did all the booking, so all I did was to show up on time)

Being the usual me who enjoys "vacuum-packing" -by that, I mean I like to fit our travel itinerary to the "tighest" possible! I decided to bring Chanpeng on this outskirt tour... we headed for this folk village out of Seoul.

Left at 8am, arrived at 11am, roamed about randomly for 5 hours before we departed at 4pm and only arrived at Seoul at like 8pm...

Luckily the bus ride was free, otherwise, we would have effectively wasted both the TIME and MONEY...


Jeonju is a location out of Seoul which consists of a cluster of traditional hanok village. Most are still ocuppied with residents and people do really make a livihood there... small businesses, some trading to and fro Seoul erc... it's a simple and very much preserved location. (Which explains why it lacks "entertainment") 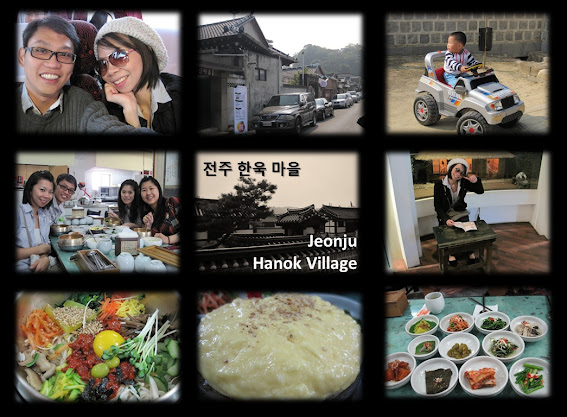 Since it was a sunday, most of the shops were closed. It's a folk village and so, those shops are those tradition "auntie/uncle" shops - like mama shops in singapore.

Even the famous bibimbap shop was closed (Jeonju is known for its bibimbap, which is a dish where you have rice and various veg and a half-cooked egg all mixed together like fried rice)...so we settled for the only one opened and that just tasted like any other bibimbap. (See top picture on bottom left-hand corner) Either that, or i just have no comments since "food" has never really been my subject...

According to some other more well-travelled friends, they mentioned that Jeonju has alot more things to do. Perhaps we really should have done our research early!

The next interesting thing i spotted was a "walking-trail" which seemed like the best thing to do other than walking to nowhere and in circles round similar-looking villages. But, i faced objections when i suggested the trail, so we didn't do it. It was have been a peaceful and serene walk into nature (since it is already ulu as it seems) haha!

If you look on the bright side of things, that place is indeed good for spending quality time with each other since there is really nothing much to do but talk to each other!

Then we spotted some sort of a palace and explored it... Over there, there was this bamboo grove in which we took many idiotic pictures. Thank God for self-entertaining talent. This way, no matter where i go and can be kept entertained! 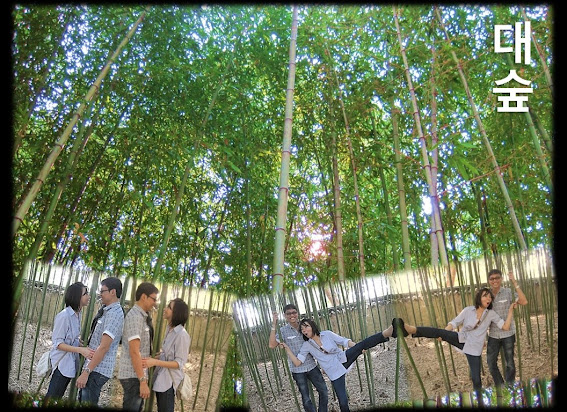 No doubt the trip was a little boring, but Cp and i managed to spend alot of quality time with each other. (We had nothing better to do than to look at each other! hahah and take silly pictures!) 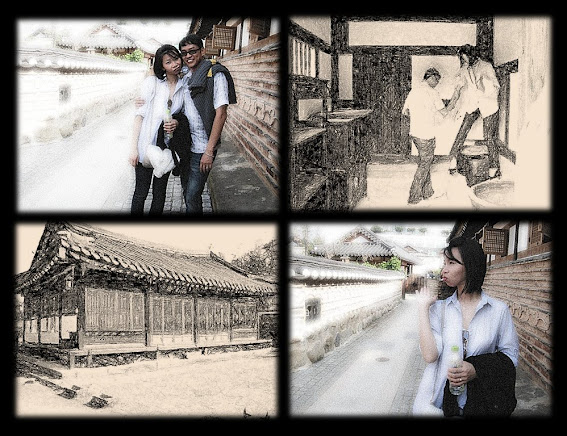