It was "buddy-meeting" day last friday. I have been praying for a good buddy as i have been feeling pretty disappointed with the fact that i m in Korea and i have little Korean friends to "hang-out" with.

This buddy of mine was not only very conversant in english (good cause can communicate, bad cause we SHOULD be speaking Korean!) but also very helpful... We kindof just hit it off. I haven't felt like i "hit it off" with anyone over the last 13 days! I am so glad, my prayers are answered!

Anyways, yesterday was a Sunday and, i followed my buddy to church, he is also a fellow student at the same Uni and so "coincidentally", he attends church too! And an english service at that! This is why i say, things are often more than a "coincidence" mostly, divinely planned... i am really so happy i found a church that i can connect with!

After church on Sunday, we went for this soupy dish called Budae Jiggae, 부대찌개, an army-based stew.   It's named after some military thingey cos, according to buddy, guys in military eats such stuff - maggi mee + sausage + whatever they can find to dump it in... It is actually very tasty and i hope it is not because it is tastes like instant noodles! hahaha 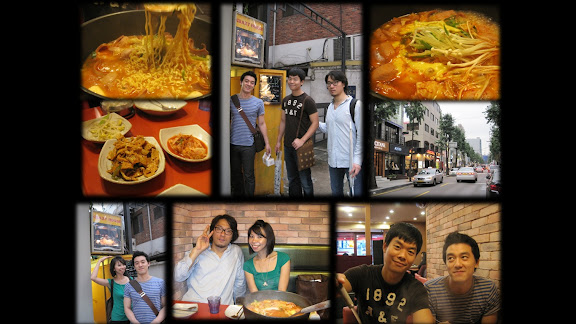 Since the church was located in Gangnam, we even hung out at the beautiful street of Apujeong. That's where the beautiful people hangout (so i heard). 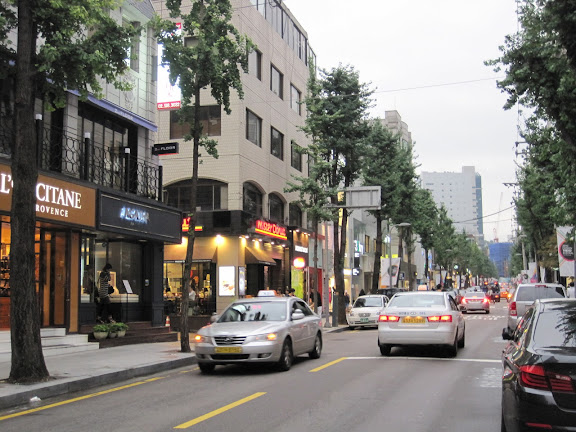 The evening ended at a jazz bar - Crazy Horse. 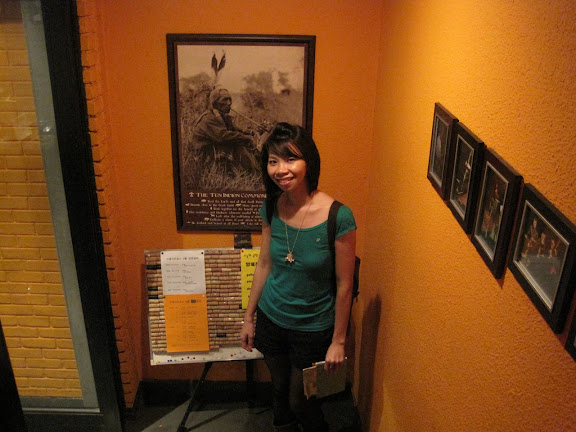 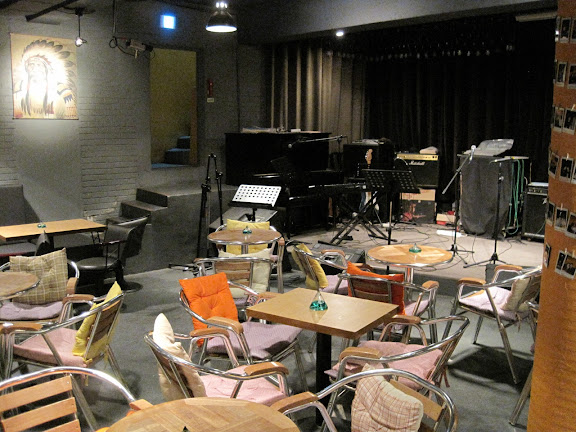 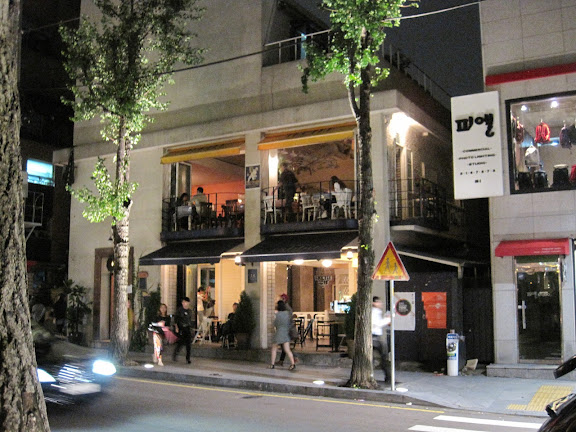 After all that, i came home and the "big-eaters" decided to have supper, so there goes round 2 for me! Those are my house mates, Seonyu and TS.